Kicking off the menswear schedule in Milan, designers Dean and Dan Caten were in a celebratory mood as they staged an epic 25th anniversary show for their Dsquared2 brand. A montage of past shows and collections was screened prior to the first model's outing, including the iconic Fall 2003 airplane show opened by Naomi Campbell.

For the 25-year milestone, the Catens invited a slew of Gen Z influencers like Austin Mahone and Cody Simpson to sit in the front row, as well as Millennial It-boy and actor Dylan Sprouse. The show culminated with a throwback of epic proportions: a live performance of "We Are Family" by Boomer singing legends Sister Sledge dressed in custom shimmering jumpsuits by the Canadian designers. 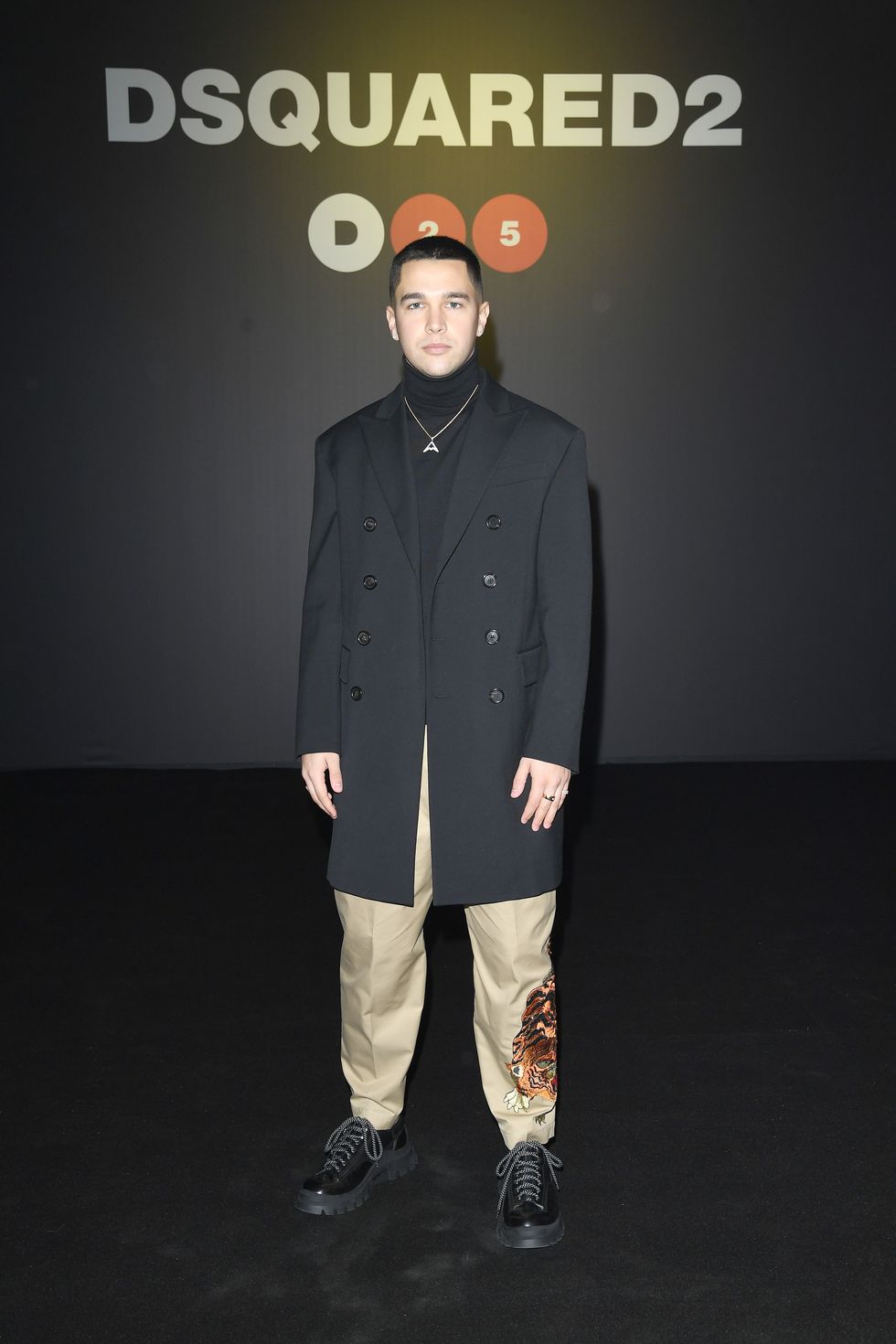 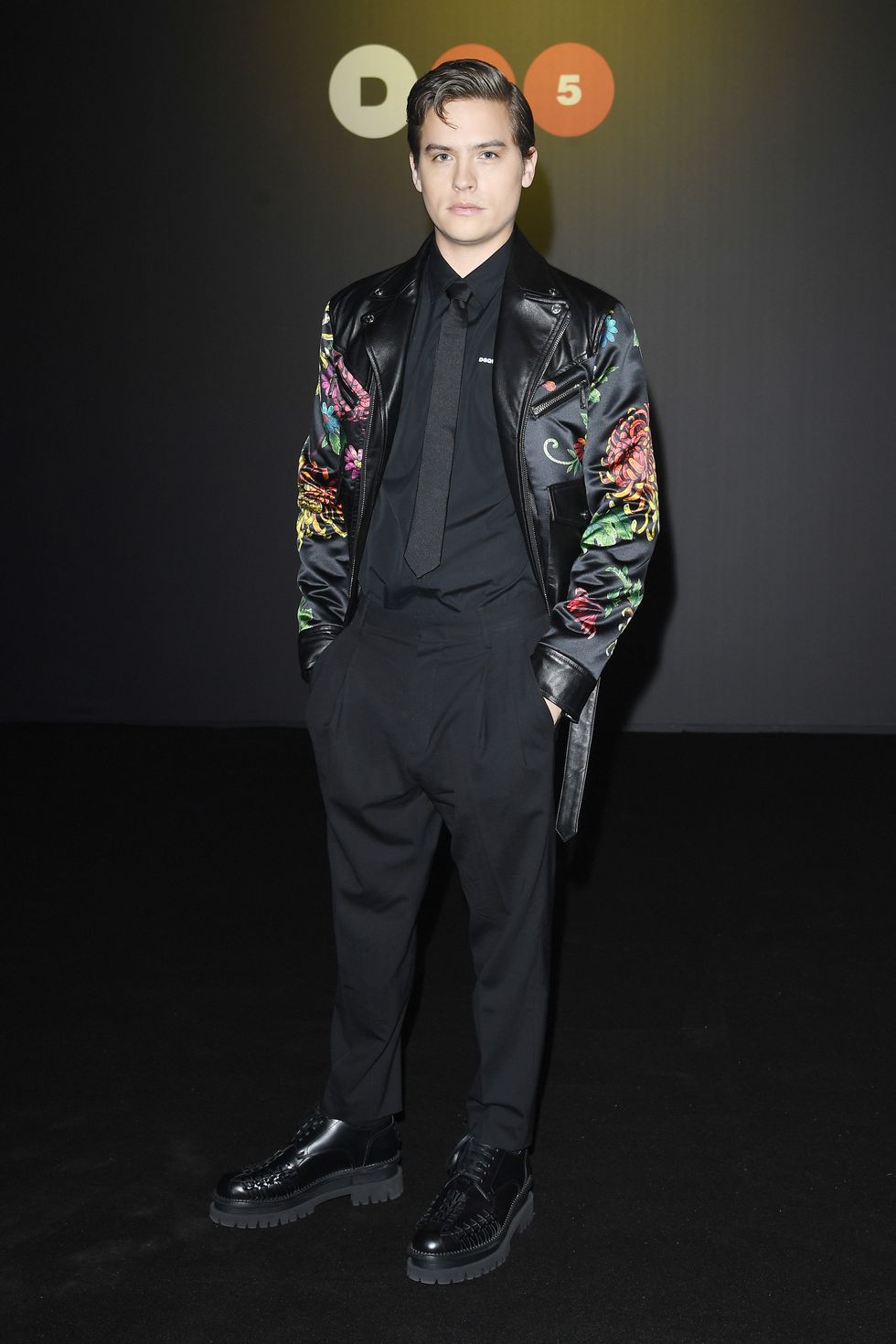 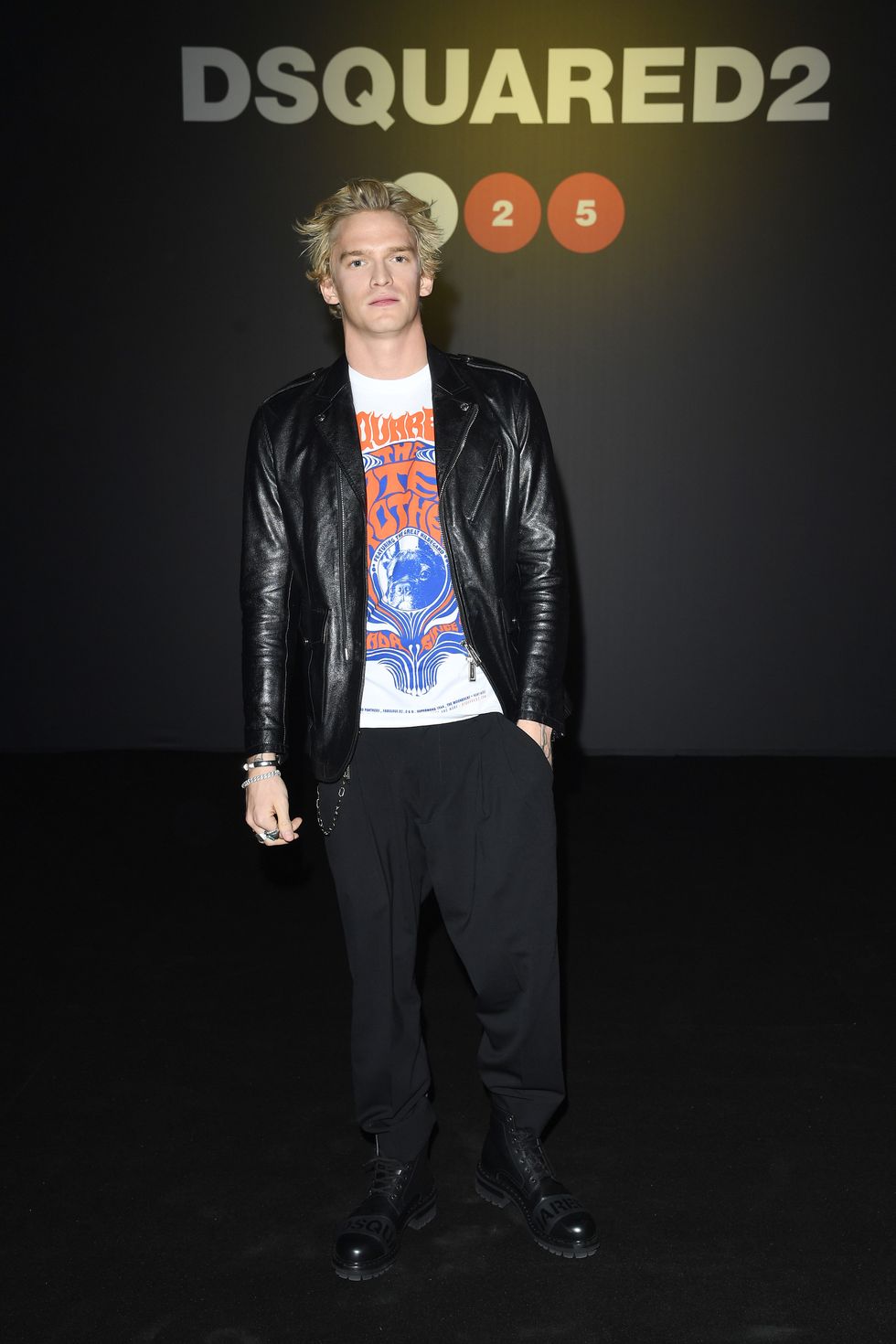 Naturally, the collection featured several references of the brand's past work, including Western gear, heavy layering, giant faux fur coats and low-rise jeans reinterpreted in modern ways for men and women. (Dsquared2 is one of the small few still showing co-ed collections on the lower-key menswear schedule.) 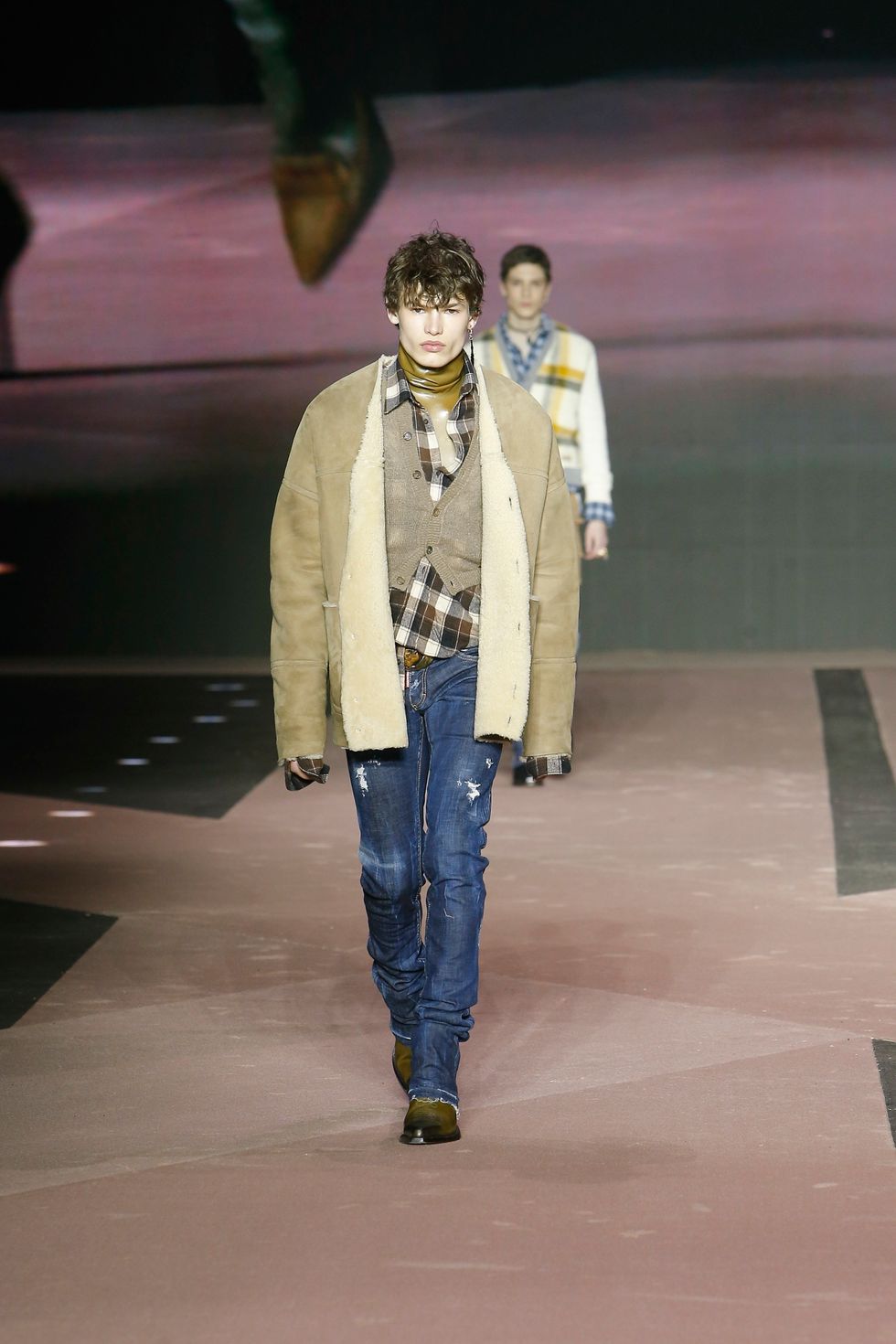 "Iconic pieces from the archive are redesigned by playing with proportions, super tights and shrunken or oversize," the show notes read, adding that every look appears as if it's treated with a "lived-in soul." In other words, they took the brand's core pieces like Montgomery coats, bustier dresses and platform boots and gave it an utterly of-the-now feel.

DSQUARED2 - Dean & Dan Caten on Instagram: “It's been a ride, an energy like a flame. We believe in it, and you believed in us ❤️ We are family #D25”