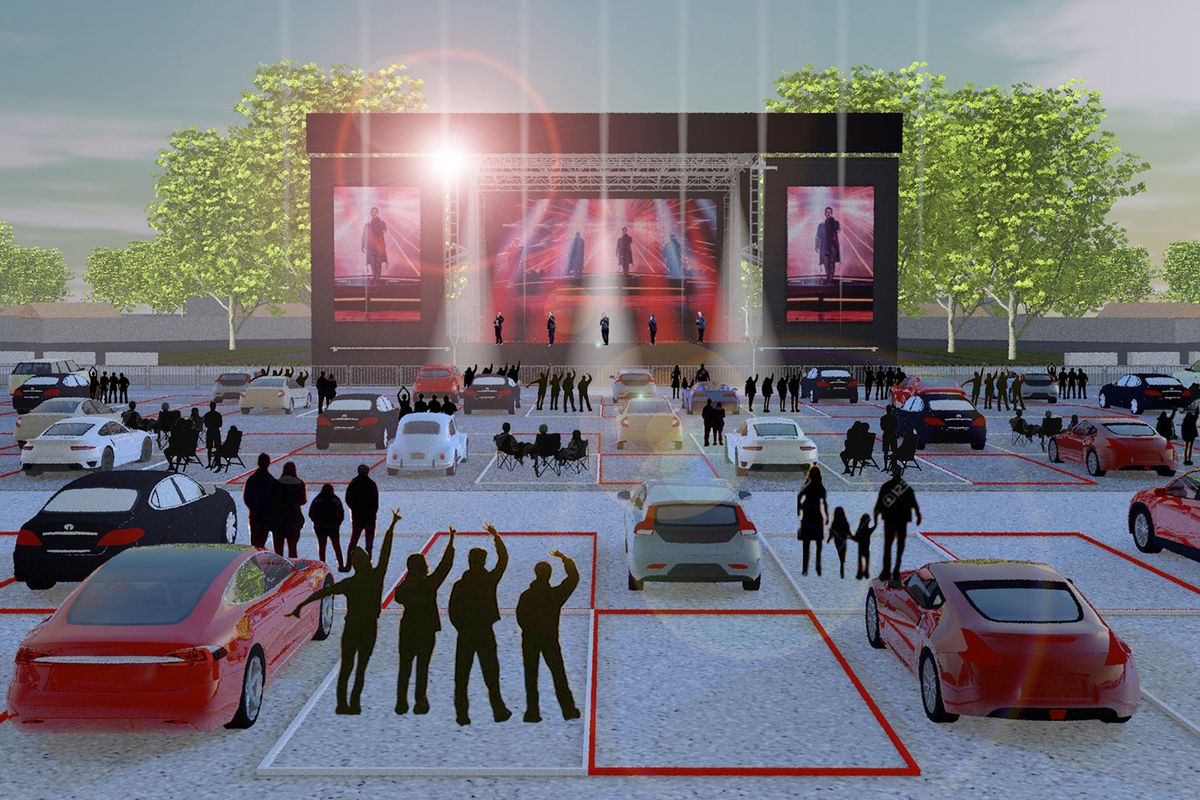 Drive-In Concerts Are About to Become a Thing

Live Nation just announced that, after a long lull in live performances due to the outbreak of coronavirus around the world, it's premiering a series of drive-in concerts for July 2020 taking place in cities across the United States. If you missed the viral drive-in rave from May in Germany, don't worry — now's your chance, although it might be difficult to rave to Brad Paisley.

The tour promotion company announced its "Live from the Drive-In" series today, with nine performances taking place from July 10-12 in cities like Nashville, Tennessee, Noblesville, Indiana and Maryland Heights, Missouri. The tour will see country superstar Brad Paisley performing in all three cities, Darius Rucker and Jon Pardi taking the stage in Nashville, and Nelly performing in Maryland Heights.

With a maximum of four people per vehicle, those with tickets will be able to drive into the parking lots of the stadiums and amphitheaters and tailgate with friends, with two empty parking spaces between cars. All of the venue staff will wear masks and use contact-less ticket scanning methods to check in attendees, although masks will not be required of attendees post-arrival. Live Nation has requested that fans wear masks during their check-in process.

With the concept of a drive-in concert still pretty novel, people are speculating about the logistics of such an event, as well as the ability to view the stage and enforce social distancing. Live Nation has stated that large LED screens will be used, similar to those of regular concerts, to showcase performers for audience members parked far away from the stages.

As for the question of preventing the spread of COVID-19, single-person restrooms that will be cleaned throughout the show will be available for use, as well as an intra-concert food delivery service. Attendees are also allowed to bring food and drinks from home, including alcoholic beverages.

Tickets are slated to go on sale to the general public this Friday, June 26.