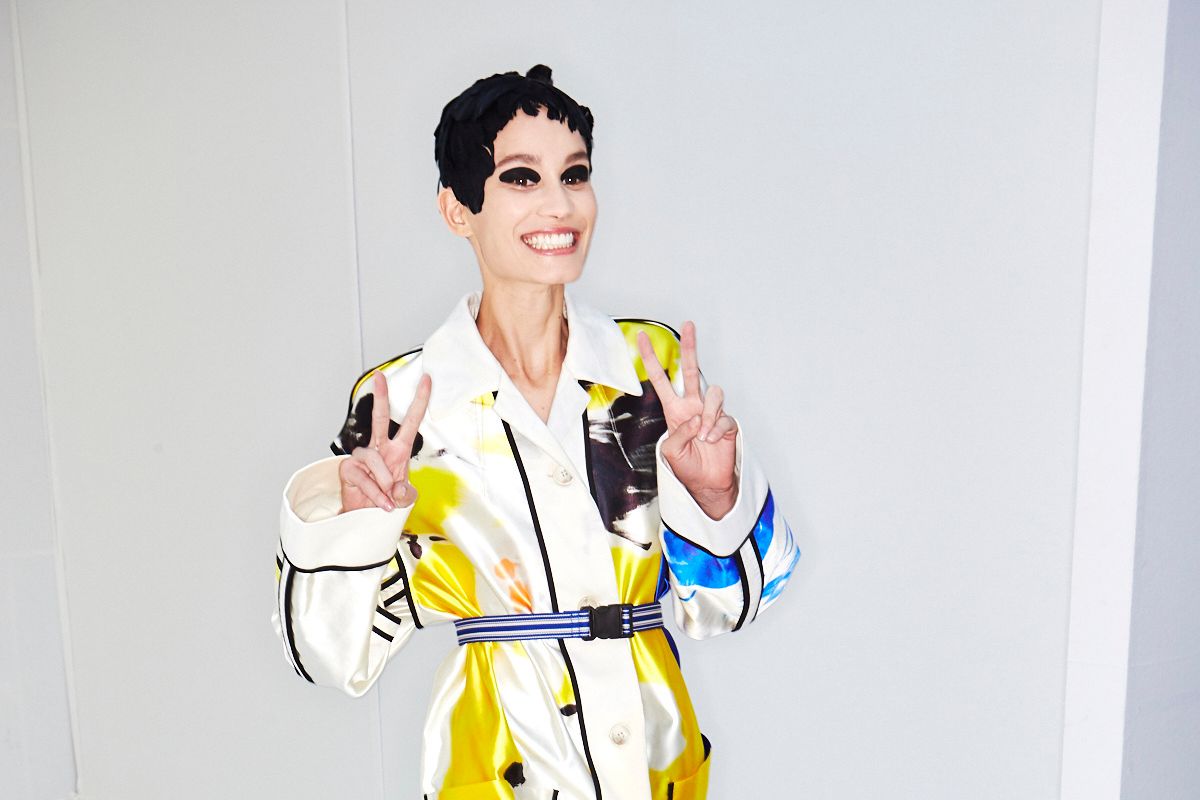 In the midst of the uncertain geopolitical climate, Dries Van Noten see the glass half full. For their spring 2019 collection, the Antwerp-based designer's choice of a crisp white event space played perfectly against the pops of orange, blue, green, and yellow that dominated the collection. Every color felt twice as tonally rich as the garments soared down the runway and, by the time that Van Noten took his bow, it was impossible to miss the sense of optimism he left hanging in the crisp Parisian air.

In stark contrast to the maximalist patterns and prints, Van Noten cast a delicate glimmer on his garments thanks to a heavy dose of beads, sequins, feathers, and ropes. The dazzling sashes and shimmering, stringy appliqués brought a glamorous touch to the masculine silhouettes of worksuits and sleeveless collared shirts, while a farm's worth of feathers were applied to purses, skirts, necklines, and a few models' heads.

Van Noten has joined the fashion world's parachute party. On his minimalist white runway, nylon morphed into elegant outwear and bungee cord closures from bags to trousers and back again.

Van Noten knows how to make a must-have handbag. For the spring 2019 collection, he mixed the more traditional array of drawstring bags with a wild bunch of purses we're obsessing over. A shock of blue feathers gave a punchy playfulness to one black bag while, an explosion of iridescent green sequins covered another.

Stripes in all different directions were on the menu for Van Noten's spring 2019 show. Coming in blue-, orange-, and black-on-white variants, the Beetlejuice-approved detail lent an eye-catching excitement to the collection's slightly off-kilter silhouettes.