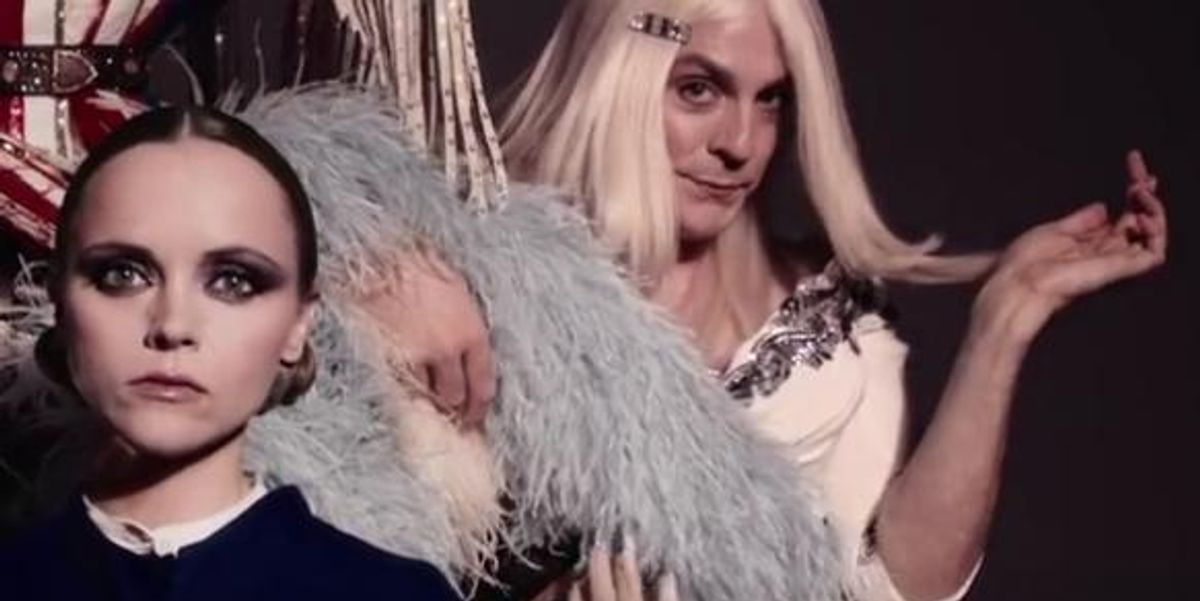 Marc Jacobs has been on fire in his campaign casting this year, but one of his greatest stand-outs is national treasure/comedy genius Drew Droege...

...in his iconic embodiment of Chloe Sevigny.

Sitting aside Christina Ricci, Drew's Chloe, looking crisp and chic as ever, lists off a few things she's inspired by, starting off with her chillingly beautiful, "Good evening, America."


"I'm inspired mostly by bayonets, petals on the wind, cabinets, bonnets, textures, and shapes only found in Indiana."