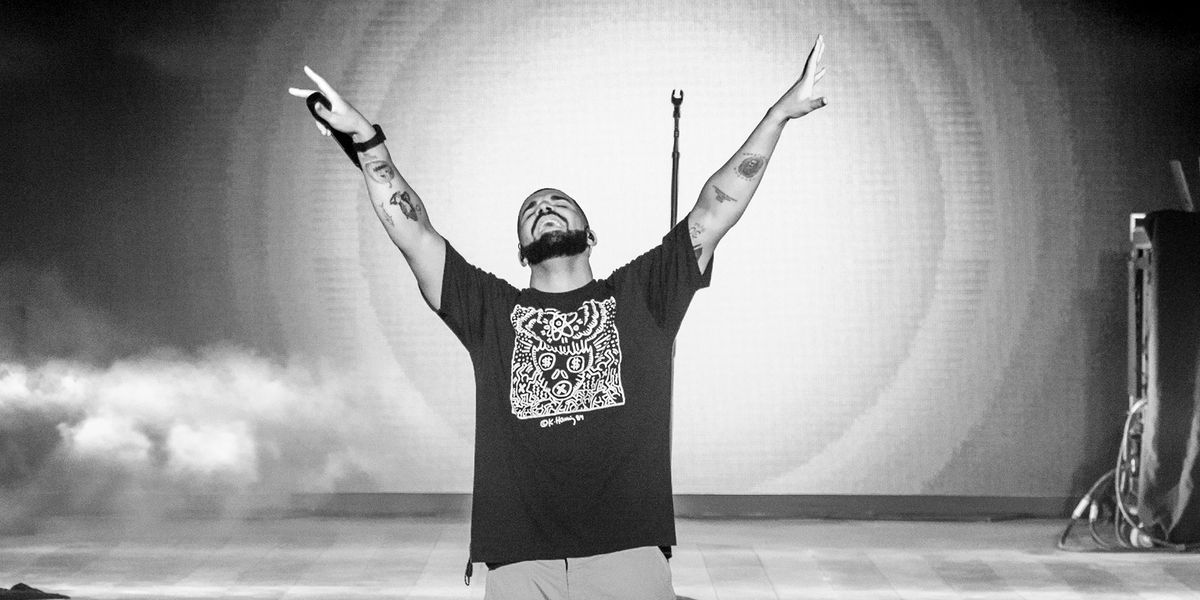 Last night, Drake performed an intimate show on Miami Beach during Art Basel as part of American Express' Platinum House pop-up. The show, which had no more than a few hundred guests, was open to select American Express Platinum cardholders as well as a handful of invited media and VIPs. The beach house, which featured a main stage as well as bars and a balcony level, was directly behind the Edition Hotel, as was the case at last year's Art Basel, and guests arrived as early as 7:30pm to hear a DJ set by Virgil Abloh before Drake took the stage around 9:30. Playing for an hour, Drizzy played "Hotline Bling," "Work," "One Dance," as well as many of his earlier hits. And, for inquiring minds, yes -- Drake's mustachioed dad, the @RealDennisG (aka Dennis Graham), was in the building.