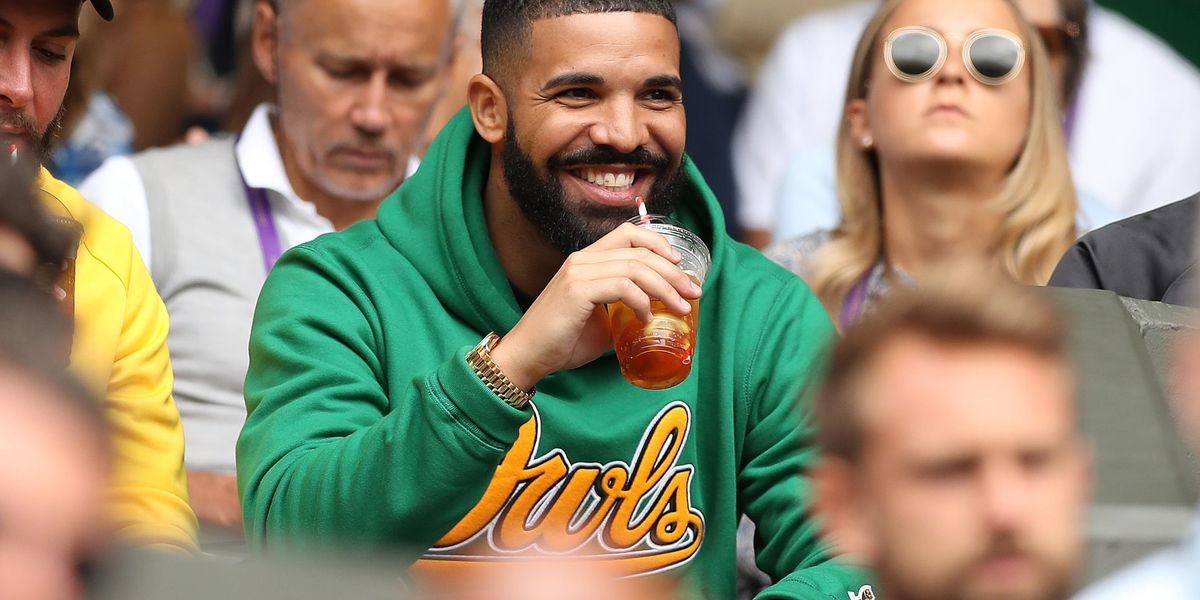 Drake Opened Up About His Son on LeBron James's Show

It's been a while since people have been speculating about Drake's rumored son, and with his album Scorpion he confirmed the news that he is, indeed, a father. His son is rumored to be to one-year-old Adonis—whose mother is allegedly French artist and former adult film star, Sophie Brussaux. And in a recent interview on LeBron James's unscripted HBO series, The Shop, he opened up about fatherhood.

"I have a son, he's a beautiful boy," the rapper said, showing a photo from his phone to the basketball player. LeBron commented, "Crazy blue eyes." "He's already in the pool shooting the basketball," Drake continued. "He's gonna get to a certain age, I'm gonna bring him right to 'Bron's house and I'ma be like, 'Yo, summer camp at Bronny's house!"

@drakeluv86 on Instagram: “Is it me or doesn't he just look 🔥🔥 in everything he does!! HBO tune in to The Shop😍😍😘😘 #hbo#theshop#drake #drakeandlebron#drakeiskillingit…”

Drake did not reveal the actual names of his child, and his child's mother. Instead, he said, "I am a single father learning to communicate with a woman who, you know, we've had our moments." He continued, "I do want to be able to explain to my son what happened. But I don't have any desire for him to like not love his mother or I don't want like, I don't ever want the world to be angry at his mother. Like, we have found ourselves in a situation and we are both equally responsible and now, like, I'm just really excited to be a great father."