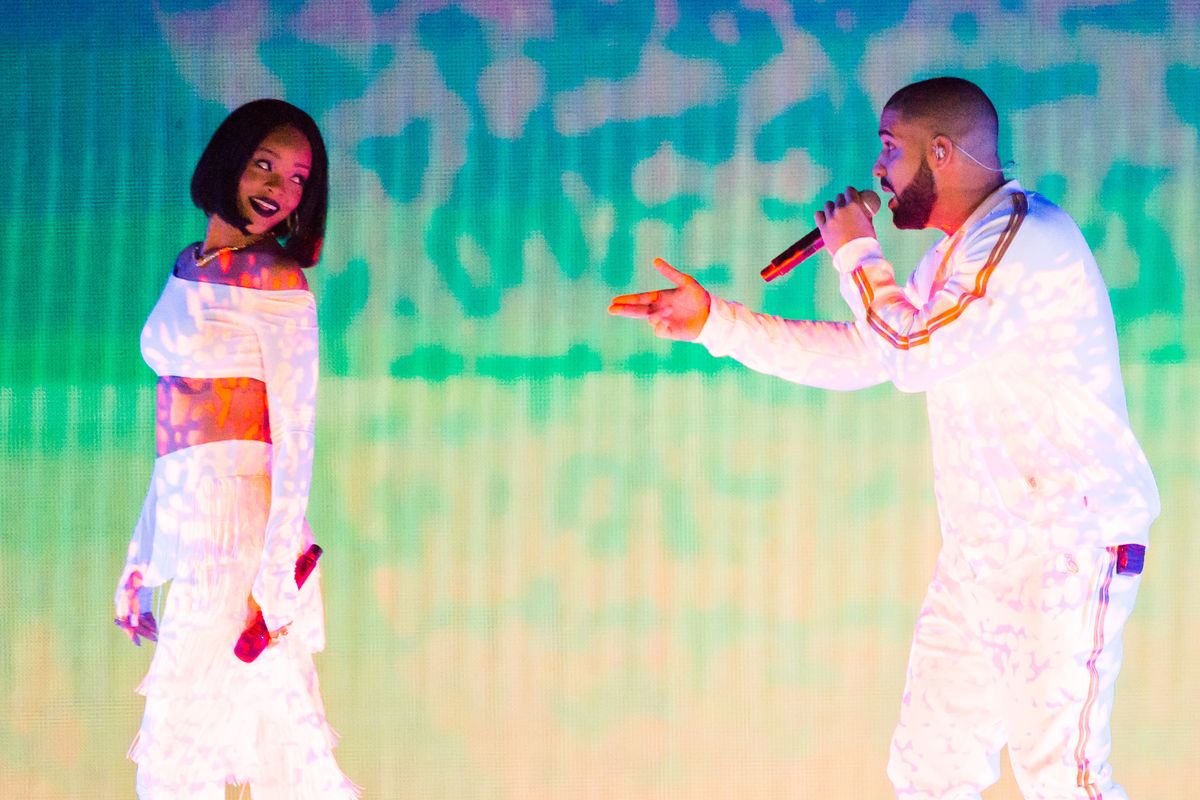 It's public knowledge at this point that Drake has held an eternal flame for Rihanna. Given this fact, it shouldn't come as a surprise that the internet rumor mill is — once again — fixated on one of his arm tattoos, which fans think may be a tribute to his one and only.

Earlier this week, Drake took a break from his working vacation in Turks and Caicos to announce that he's in "album mode" via Instagram. However, eagle-eyed fans were quick to notice his bicep tattoo — a portrait of a woman who bears a striking resemblance to Rihanna — in the photo.

Album Mode. A series of photos by @jamilgshere

And, naturally, the pic has set off a fierce Twitter debate over whether or not that is Rih.

Drake got a Rihanna tattoo... this is y’alls king pic.twitter.com/8Bd2ompftC

Drake is a dumbass for getting a tatt of Rihanna

"Drake is so obsessed with Rihanna he tattooed her face on his arm" Lmao does this look like Rihanna to you? pic.twitter.com/600dVAjoXf

Drake has a Rihanna tattoo pic.twitter.com/vqmxeqVync

When did drake get a Rihanna tattoo?!

Dude, we are all obsessed with Rihanna. Not just drake.. https://t.co/4oqtD9dBGm

However, as Elle points out, this isn't a new rumor, as the same speculation surfaced in 2016 after he posted a work-out photo that featured the tattoo front-and-center. Not only that, but the publication also notes that a Drake fan account previously explained that it's actually a portrait of '90s star Robin Givens.

It's obvious that drakes tattoo is a pic of robin givens I KNEW it wasn't Rihanna stop the reaching why would he get a tattoo of rih on his body??? #rihanna #rihannanavy #drake #teamdrizzy #chrisbrown #teambreezyc#robingivens #chrianna #aubrih

That said, Drake's never confirmed the rumor either way, so who knows? Anything's possible with that one, to be honest.