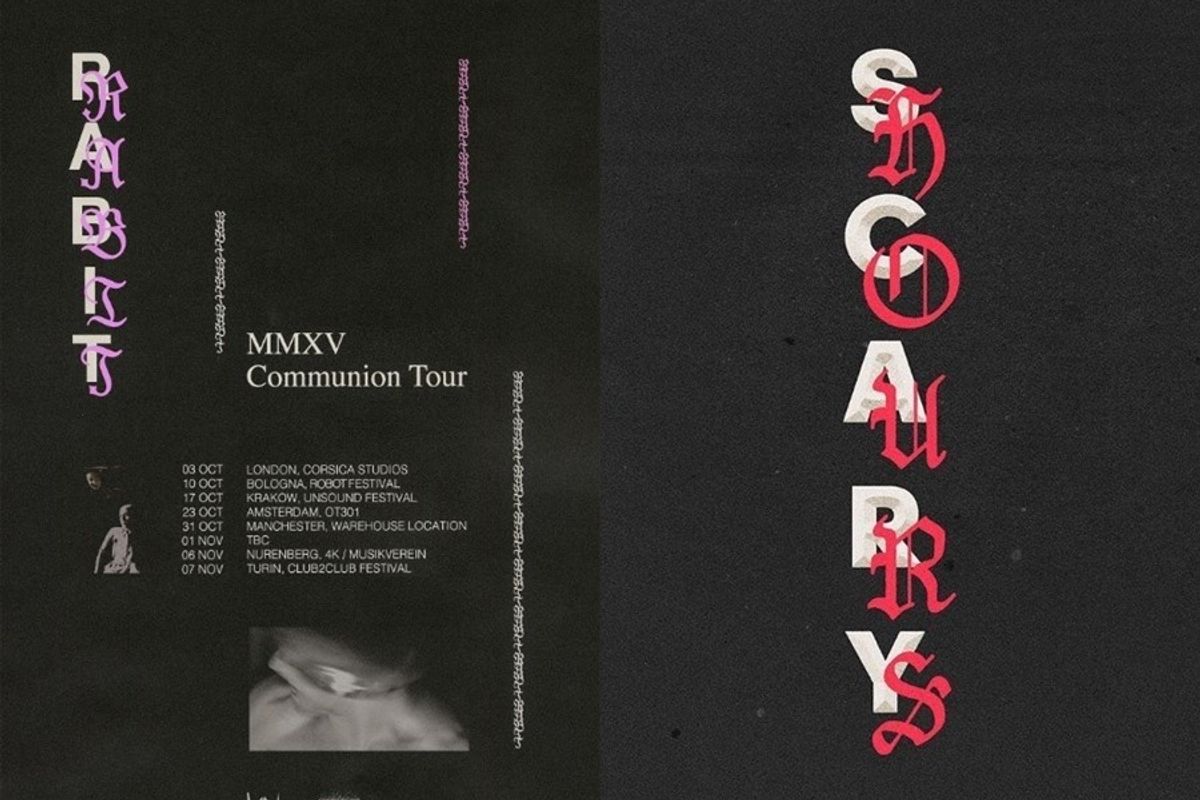 UPDATED 3.21: OVO have responded to the plagiarism accusations, claiming the label was presented with the artwork rather than commissioning the piece. "It's common to be presented with a whole pile of work to choose from that is referenced off older art," a member of the team told PAPER.

Popular artists seem to consistently find themselves in hot water for appropriating the output of underground or lesser-known creatives and Drake is the latest to face similar accusations.

Experimental producer and Björk-collaborator Rabit discovered that the artwork for Drake's recent release, Scary Hours, a mini-EP of sorts that includes only two new tracks from the Canadian rapper, resembles exactly that of his 2015 'Communion Tour' poster created by artist Collin Fletcher.

"Today I wake up to see OVO has redone one of my 2015 tour posters designed by @collindfletcher for Drake's new single. Poor Collin is always having his style stolen," he wrote on Instagram, before adding: "But I love being part of a team that's so creative and iconic."

Fletcher has previously spoken to Pitchfork about plagiarism in the industry, claiming larger artists need to be held accountable for reproducing the work of those without the same power.

"This is a story that too many artists, musicians, and designers identify with. Hopefully this results in a larger conversation about popular culture's relationship to underground artists."

View the respective works, below: