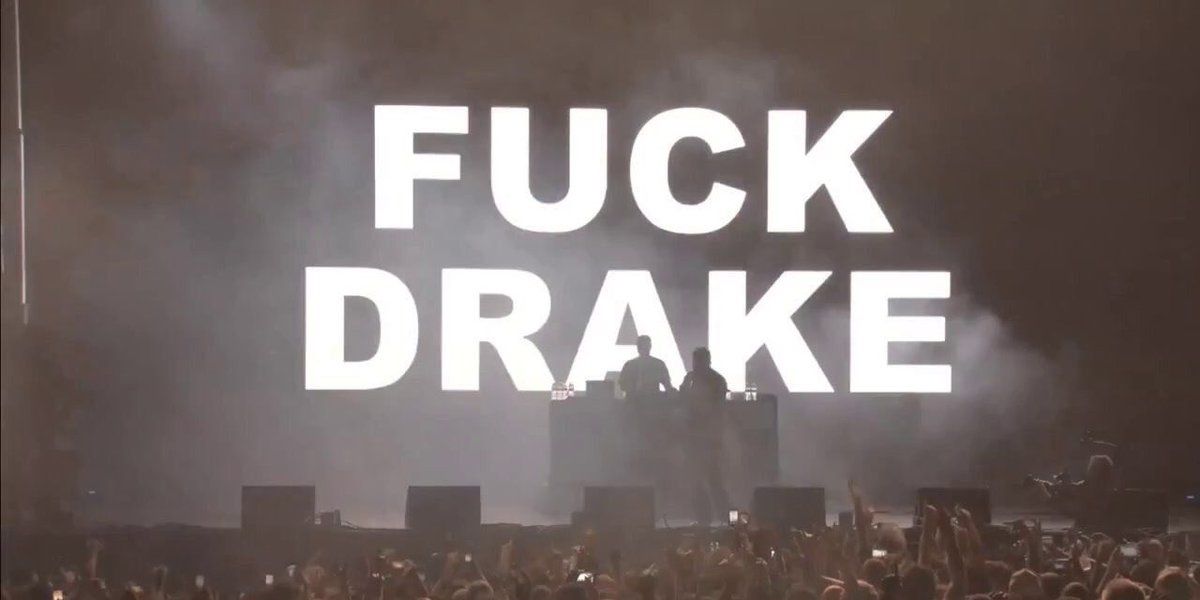 If you thought the long-running feud between Pusha T and Drake was over, you were wrong. Or maybe you were right. It's getting kind of difficult to tell. Over the weekend, Pusha performed at Tyler The Creator's Camp Flog Gnaw in front of a large backdrop reading "F*CK DRAKE", which the audience reportedly turned into a chant. But now the rapper is blaming his tech guy for the anti-Drake visuals, saying he had no part in the "corny" diss.

In a tweet thanking Tyler for having him perform at the festival, Pusha said that the "F*CK DRAKE" banner was unplanned. Although he didn't exactly apologize to Drake, or take back the sentiment. He just seemed annoyed to not have been consulted.

The Pusha T v Drake beef reached a boiling point with the former's release of the diss track "The Story Of Adidon" earlier this year. It accused Drake of fathering a secret love child — essentially forcing Drake to reveal said love child to the world. The track's misleading cover art depicted Drake in blackface, igniting internet controversy. It later turned out the photo was from an anti-blackface photo shoot.

In June, Pusha T told Vanity Fair that the beef was done. But who knows?

Drake is yet to comment on what went down. Wake me up when this feud ends.