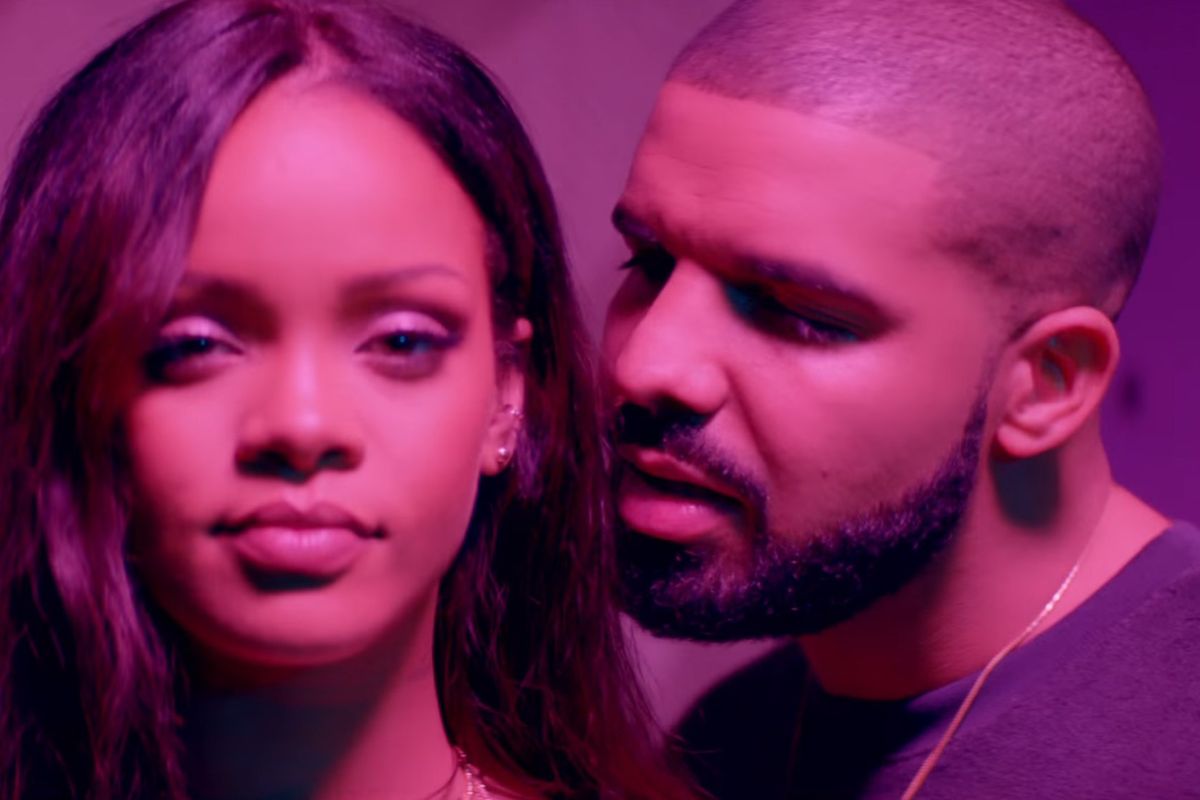 Drake, the human embodiment of the iMessage read receipts function, decided to salt the earth a bit with his ex Rihanna at the New Years Eve Party he was hosting in Las Vegas. At the event, Drake reportedly asked the DJ to play their 2016 super-hit "Work" and then stopped it midway through, telling the crowd, "That was an old vibe." Sure Drake, let's all pretend you don't still weep in the shower to "Needed Me" on the regs...

And can you guess who was in the crowd that night?

Jennifer Lopez, of course! In case you missed it, Drake and J.Lo have been on the public canoodling junket for a hot second, actively trying to get the world excited about a potential DraLo coupling with twee Instagram posts and haunted grinding videos. Yes, Jennifer Lopez was dancing on tables at Hakkasan that night, reportedly walking out on a $1m NYE appearance she had scheduled in Miami to ring in 2017 with Drake.

So far, it seems like the Rihanna has decided to remove herself from this narrative. She quietly unfollowed J.Lo last week when the thirsty couples photos started springing up on Instagram, but other than that, the clap-back queen has been silent about the specter of DraLo.

Whether this silence lasts or not remains to be seen, but if ancient wisdom has taught us anything, it's not to challenge Rihanna to a petty-off. You will lose.