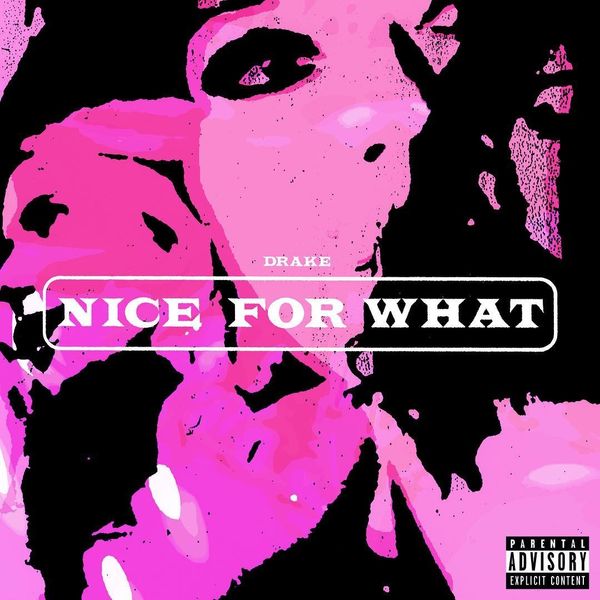 Drake Does Everything Right in 'Nice For What'

Champagne Papi has always been a ladies' man. But with his new single "Nice For What," he proves that he's here for all the powerful women hustling out there.

Unlike most hits across genres that tend to meaninglessly objectify and sexualize women, the track has the artist singing to a more feminist tune. He acknowledges that the female struggle is too real, and that life is too short to conform to the goddamn patriarchy. The latter half of the second verse goes:

"Work at 8 A.M., finish 'round five
Hoes talk down, you don't see 'em outside
Yeah, they don't really be the same offline
You know dark days, you know hard times
Doin' overtime for the last month
Saturday, call the girls, get 'em gassed up
Gotta hit the club, gotta make that ass jump
Gotta hit the club like you hit them mothafuckin' angles
With your phone out, snappin' like you Fabo
And you showin' off, but it's alright
And you showin' off, but it's alright
It's a short life"

The Internet and the music industry are shookt, and everyone is praising Drake—as well as the video's 22-year-old female director Karena Evans—for making all the phenomenal women in this world feel seen.

Drake went from “Used to always stay at home, be a good girl" in hotline bling to “And you showin' off but it's alright" in nice for what. Character development. Wow.
— champagne rani (@partypatil) April 7, 2018

Thank you, @Drake for celebrating and empowering diverse women! And to the vision of #karenaevans, you're the change this world wants to see.https://t.co/67TPMkFyWp
— China Dickerson (@MsChinaD) April 7, 2018

Bravo Karena Evans (who's only 22!) for such lovely work on the #NiceForWhat video! 💗 pic.twitter.com/ohhNOlRSUG
— Taylyn Washington-Harmon ✏️ (@TaylynHarmon) April 7, 2018

Today's MOOD, courtesy of @Drake's newest video #NiceForWhat. Directed by 22-year old powerhouse #KarenaEvans, it features powerful cameos from some of our favorite ladies in their element. Turn it up. Watch it on repeat. This is for all the ladies! 🔥https://t.co/Bp18Tgeo0B
— TIME'S UP (@TIMESUPNOW) April 7, 2018

We low-key want to cry because of how beautiful "Nice For What" is, so you should definitely watch the video below.