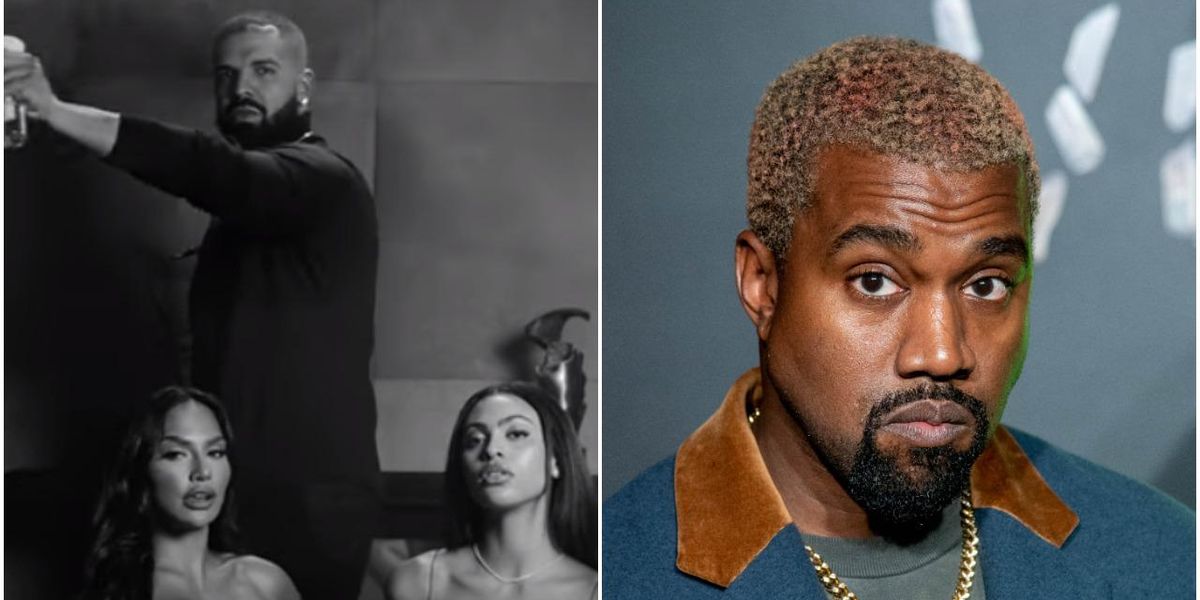 The internet thinks that Drake and Kanye West's feud is still going strong.

For the past couple of weeks, the rappers have been mired in a very public beef that's included a few pointed screenshots and a lot of overt disses. And though we thought it'd be over by the time they released their respective albums — Donda and Certified Lover Boy — one model in Drake's new music video has fans convinced that there's still some serious bad blood between the two.

Related | Kim Kardashian Roasted for Listening to 'Donda' on Mute

Last week, Drake premiered the spoof-filled video for his single, "Way 2 Sexy," which features an ad for a fake perfume called "Wet by Drake." However, what really got people talking was the casting of a woman named Gallienne Nabila — mostly thanks to her striking resemblance to Kim Kardashian.

Naturally, the move was interpreted by fans as some not-so-subtle shade toward Kanye, as some believed Drake was hinting at his alleged past relationship with Ye's ex. And to make their case, commenters started to revisit the whispers surrounding Drake's past reference to a woman named "Kiki" on 2018's "In My Feelings," with many wondering if this was his way of rubbing in the rumors.

Did @Drake just have a Kim Kardashian look alike saying "wet by Drake" in his video?

Why drake got a Kim k lookalike in his video?😭😭 pic.twitter.com/91Q0X3PQNj

Drake has a Kim K look alike in that music video pic.twitter.com/czghI6wd9I

After all, Kanye notably called Drake out following the song's releas via a series of Instagram posts that made his irritation known, given that the "Hotline Bling" rapper said "nothing" to dispel the rumors. But even so, Ye has yet to comment on this latest speculation, though we wouldn't be surprised if he hits back at Drizzy in the next few days.