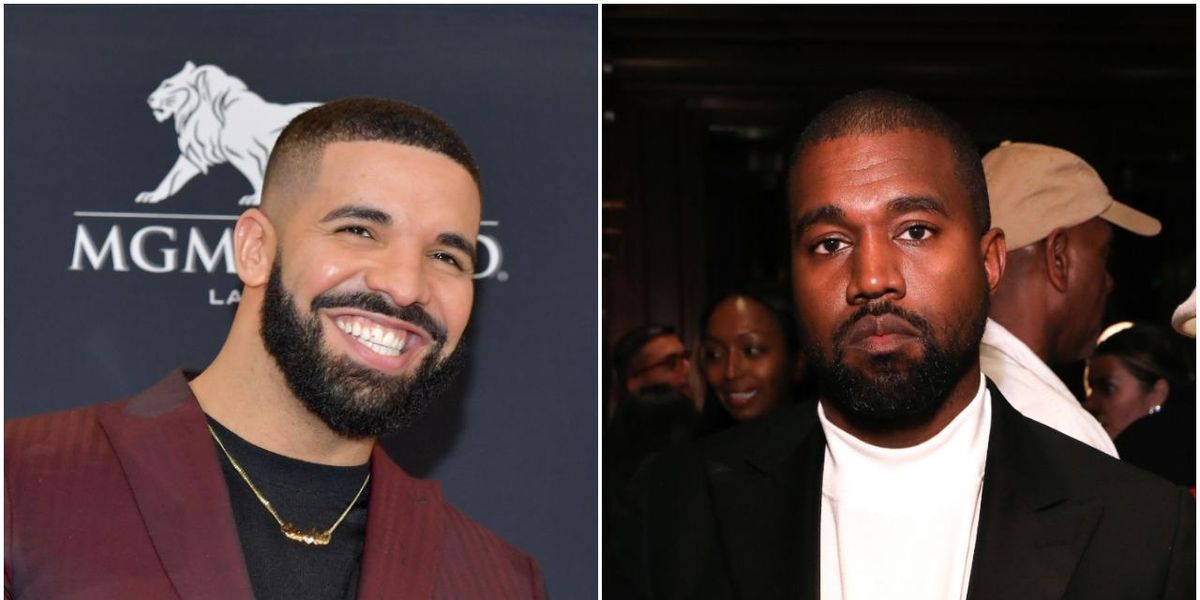 Drake Appears to Come for Kanye on 'Certified Lover Boy'

Drake isn't holding back on his new album.

Last month, the rapper's longtime feud with former collaborator, Kanye West, was reignited after Drake used his verse on Trippie Redd's "Betrayal" to namecheck Ye and shade Pusha T, which seemed to be in response to the duo's respective roles in leaking the news about Drizzy's son, Adonis, back in 2018. In response to the diss, Kanye decided to publicly share the address of Drake's Toronto mansion, as well as a screenshot of a heated text sent to a group chat that included Pusha T and a contact only labeled as "D."

And while Drake himself seemed to just laugh off the doxxing in an Instagram Story, his fans decided to stick signs supporting his upcoming album, Certified Lover Boy, on the porch Kanye's childhood home in Chicago — a place that Ye rebuilt in Chicago's Soldier Field stadium for a listening party tied to the new album named after his late mother Donda.

Kanye himself never responded to the vandalism, however his manager, Bu Thiam, did warn TMZ that things would probably spiral if Drake decided to fire another shot at Ye. And now, it appears that Drake did just that on CLB's "7AM on Bridle Path."

After all, Bridle Path is his alleged address and the lyrics are pretty overt, with Drake appearing to call Ye out for being "desperate" and "jealous."

"Give that address to your driver, make it your destination / 'Stead of just a post out of desperation," he taunts, challenging Kanye to come for him in person, rather than social media. Drake then goes on to allegedly accuse Kanye of being fixated on public opinion, saying, "While you over there tryna impress the nation / Mind's runnin' wild with the speculation."

Additionally, Drake seemingly references Kanye's Yeezy brand by rapping, "I could give a fuck about who designing your sneakers and tees," before squashing any potential for a resolution to the beef.

He went on to add, "Why the fuck we peacemakin', doin' the explanations / If we just gon' be right back in that bitch without hesitation?"

Neither Drake nor Kanye have publicly commented on the song.