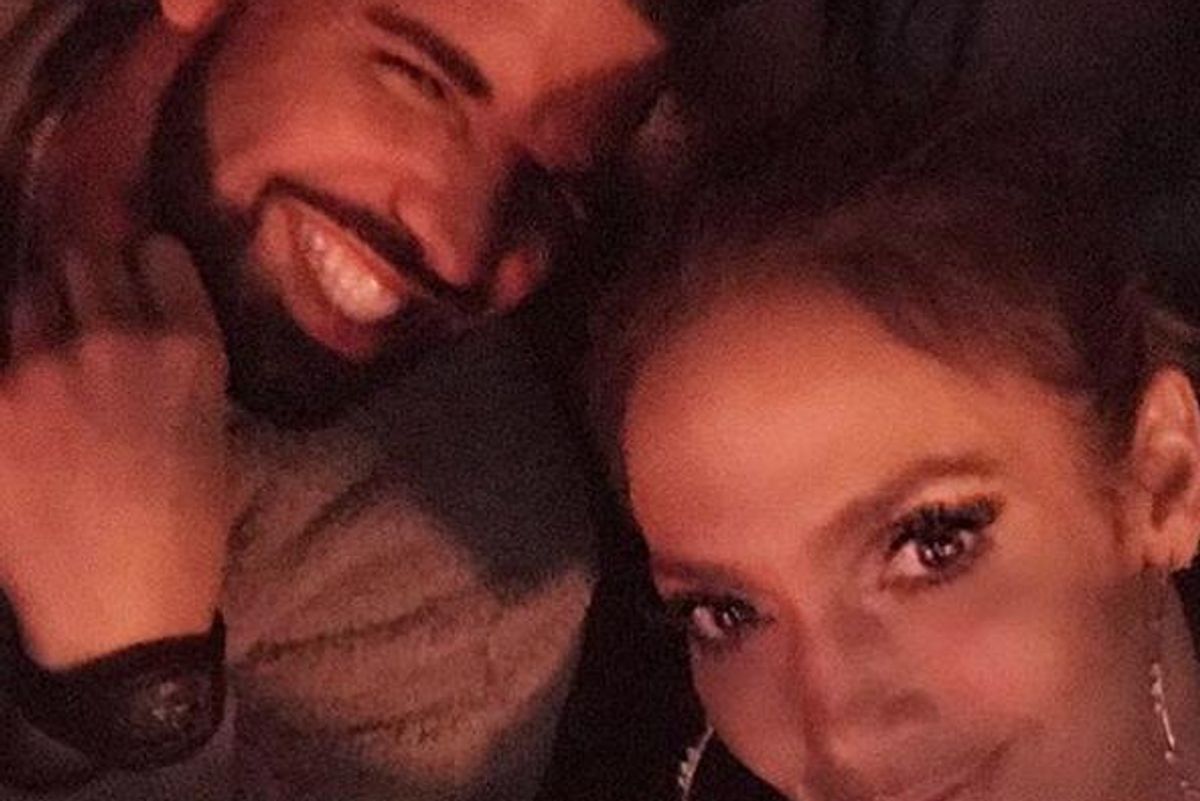 Aubrey Drake Graham's stunt-queen dating prowess is back at top form, this time indirectly (or directly) fueling "talk" that he is courting one actual queen, Jennifer Lopez.

The rumor feathers ruffled last week, when Drizzy posted this amorous photo of himself and J.Lo.

Now, TMZ is saying Drake rented out West Hollywood chic-ery Delilah's last night--the same Delilah's he had his 30th birthday soiree, where the beginning of his brief, speculated tryst with Taylor Swift began--and invited Ms. Lopez as his guest of honour (Canadian!).

Here's footage of them leaving together in a car with tinted windows.

It's not THAT strange, considering the duo is currently working on a music project; Drake has also been in the audience for 2 of Ms. Lopez's hugely successful Vegas show.

The report includes this incredibly vague and hilarious line:

One source, who should know, says so far it's not what you would assume but it's pretty clearly going in that direction.