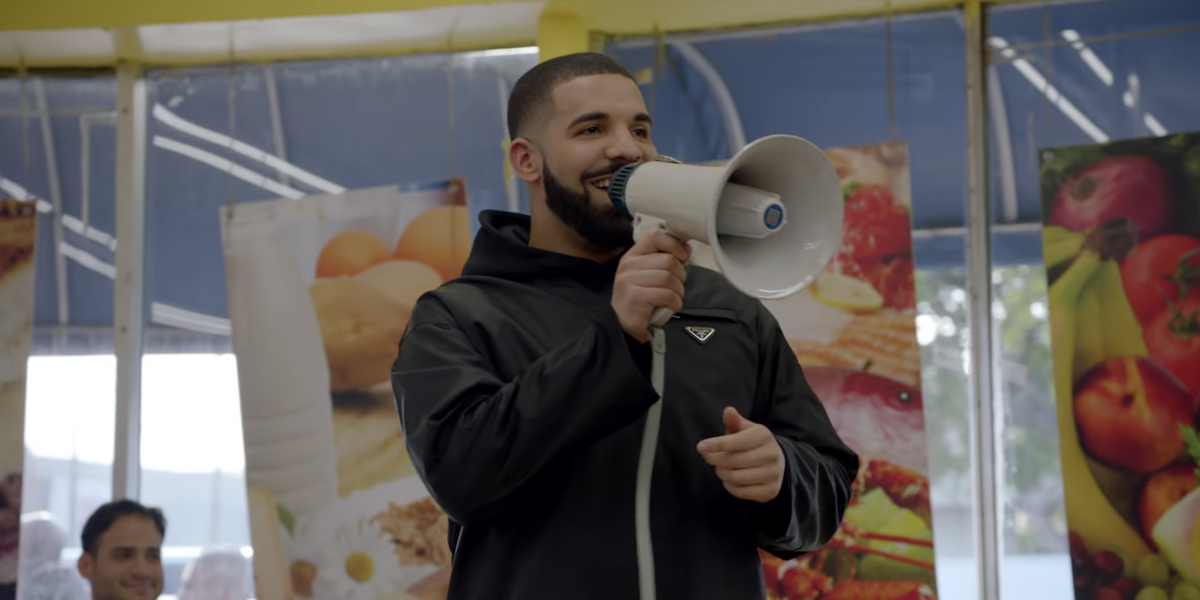 If there was any doubt before, Drake's new video for "God's Plan," in which he donates $996,631.90 to the people of Florida, proves that he is a perfect specimen.

Its title screen reads, "The budget for this video was $996,631.90. We gave it all away. Don't tell the label," and leads into footage of Drake dancing and giving out checks, shopping sprees, cars, and groceries. Now, I'm sure the label is well aware of of this huge act of charity, despite the video's note.

Like most of Drake's Grammy-winning charm, it's calculated. But, like his character, the gimmick doesn't detract from the goodwill or the tears in my eyes. Watch, below.