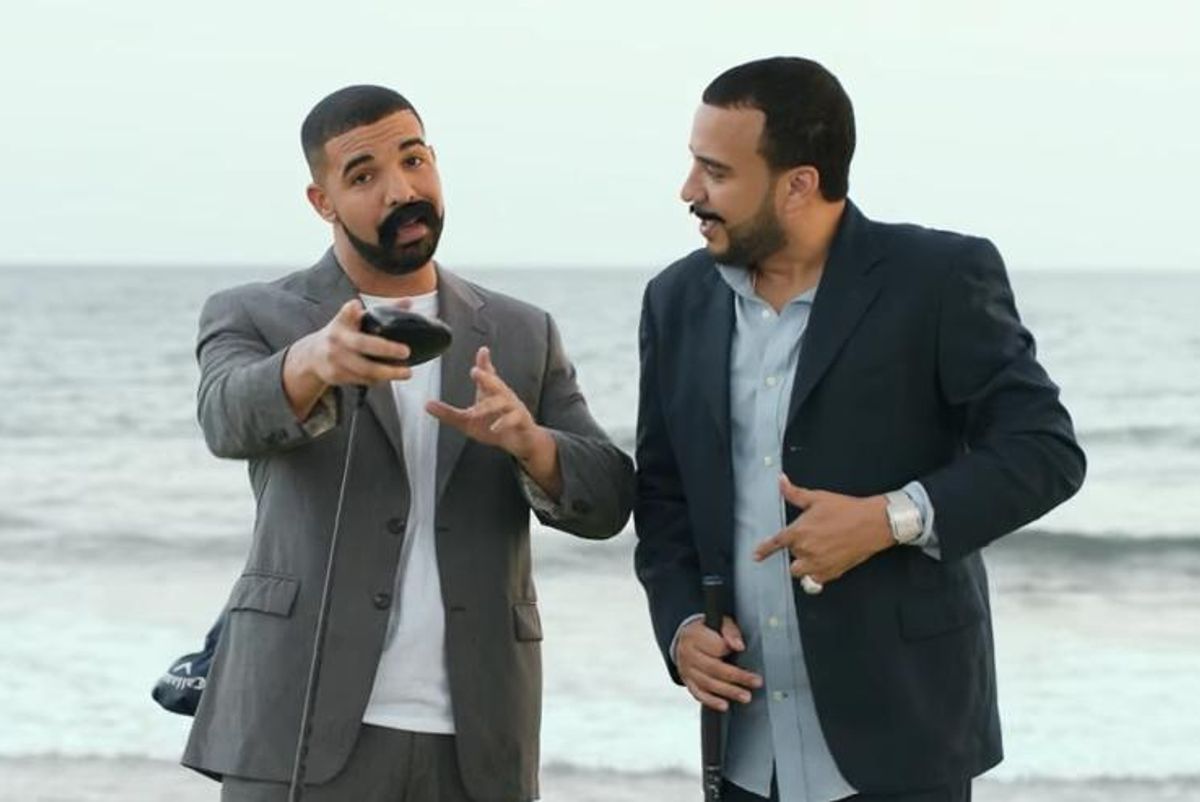 French Montana And Drake Pretend To Be Latino Golf Tournament Hosts In 'No Shopping' Video (WHY?)

At this point in his career, we know the two things Drake loves as much as rosé, luxurious ennui, and the iMessage read receipts feature:

Unfortunately, his doomed love affair with light improv and casual patois appropriation features prominently in the new music video for French Montana's new single, 'No Shopping.' In the midst of this straightforward bottles-and-models pool party rap video, 'Draké' and 'French Montaña' don Miami Vice suits, fake moustaches, and some egregious Latin accents as the presenters of the Dominican Republic 'El Coke Boy Clasico' golf tournament (???). At the end of the video, after French Montana makes some Spanish-like noises, Drake says, "You speaking Spanish is legendary." MESS.

If this ridiculous video can be saved, it can only be by the legendary Ally McBeal baby Drake Dance™, which appears throughout.