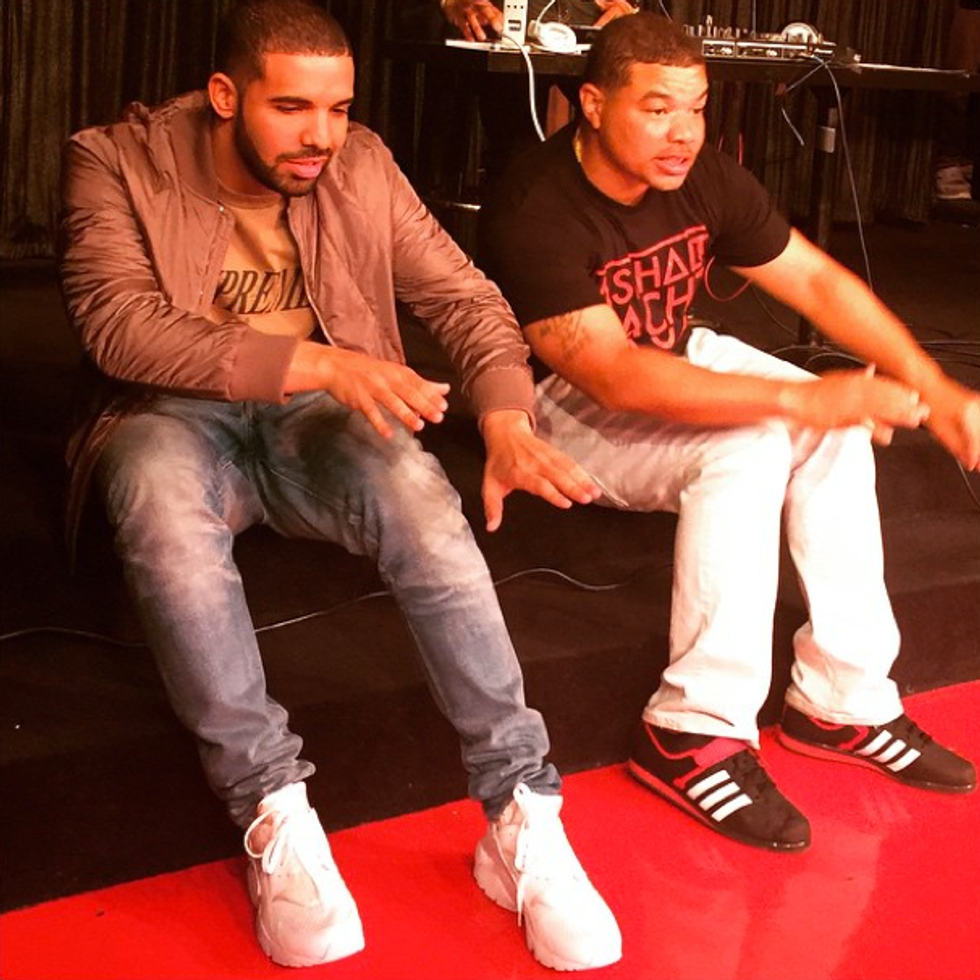 by Gabby Bess
PAPERMAG
Somewhat miraculously, Drake always finds a way to end up as a punchline or a meme every time he steps outside (especially when he's wearing those glasses), but last night at The Comedy Store in Hollywood the rapper finally got the opportunity to defend himself.
When comedian Red Grant gave his impression of Drake's dance moves a try during the venue's Blackout Tuesday event, Drake -- who was in the audience -- stepped on stage and debunked it: "That was like some Omarion, Chris Brown together shit. That's not me, man."