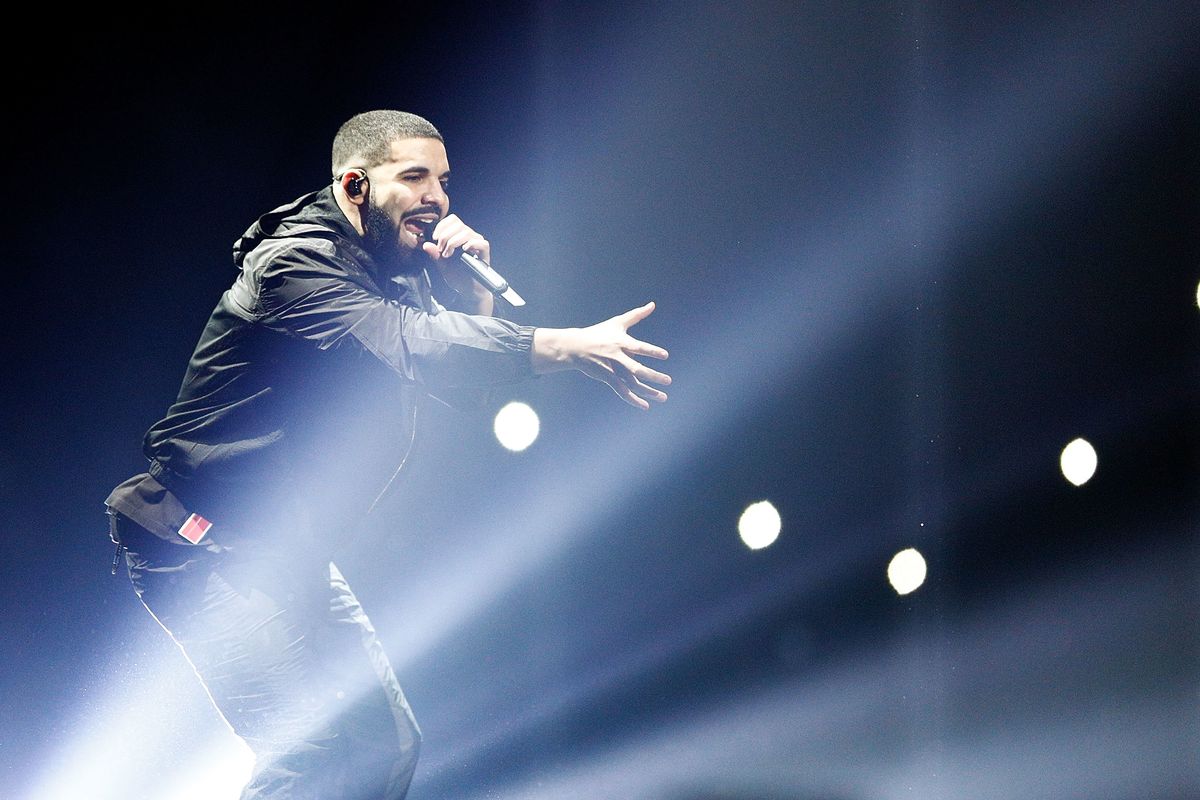 We regret to inform you that the rappers are at it again. Drake, a human meme and Toronto Raptors superfan, dropped his newest diss track a day after Pusha-T came after him with "Infrared," a Kanye West-produced track. In "Infrared," Pusha-T, well, pushes the notion that Drake uses ghostwriters. "It was written like Nas/ But it came from Quentin," said Pusha-T, referring to Quentin Miller, who Rolling Stone notes is Drake's maybe supposed ghostwriter.

Drake fires back with "Duppy Freestyle," a saxophone-saturated track. He begins by saying: "I'm in shock at the nerve, the audacity," he says. You can practically feel him rubbing his temples with exasperation. Drake then actually admits that Miller did help write "a couple Vs," but counters by explaining that he helped Kanye on "30 Hours" and "Father Stretch My Hands Part 1."

But October's Very Own doesn't stop there. He then threatens to send Pusha-T an invoice for promoting his new record Daytona with the diss track nonsense. On Instagram, Drake even posted an image of the invoice — he's charging G.O.O.D. Music $100,000 for "promotional assistance" and "career reviving." Look out everyone, Drizzy is getting spicy! You can listen to "Duppy Freestyle" below.