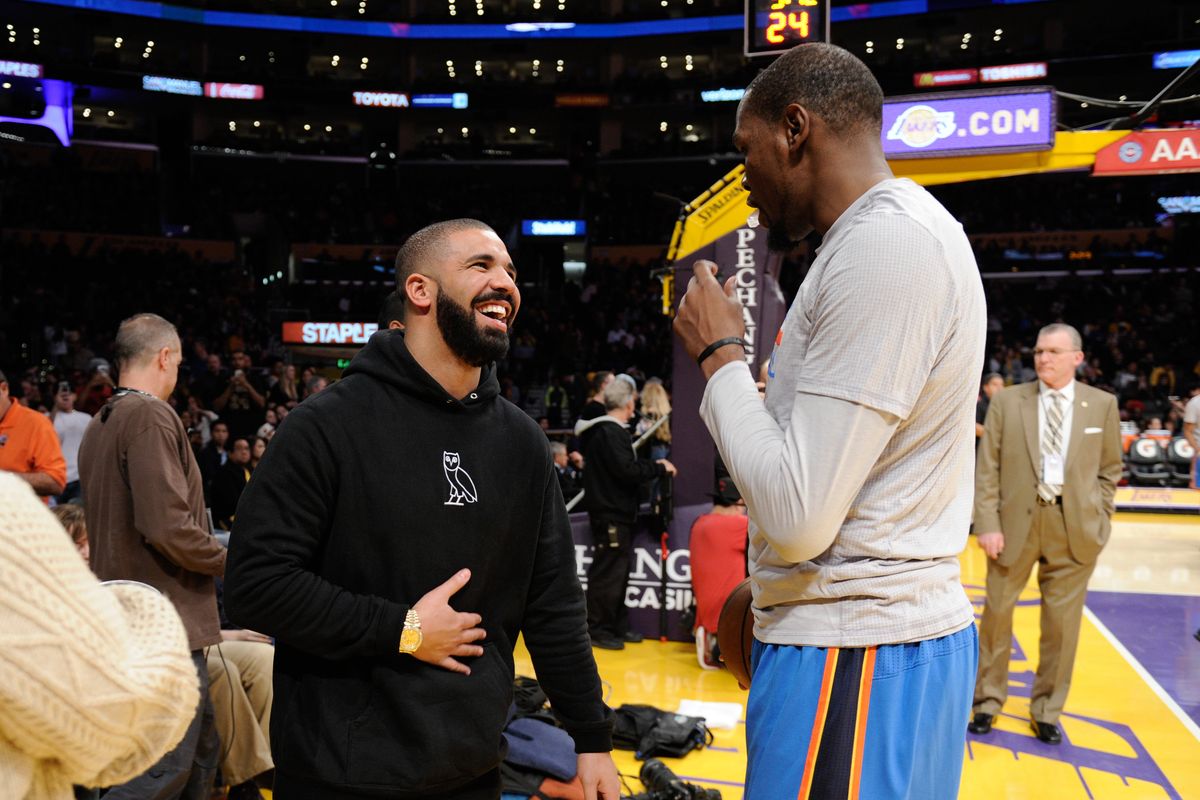 Drake's in Quarantine After Partying With Kevin Durant

Kevin Durant is the latest celebrity to come down with coronavirus, and he's taken Drake down with him. The Brooklyn Nets player tested positive (along with three of his teammates) on Tuesday. Drake and Durant hung out last Wednesday, according to Page Six (right before most Americans realized how serious COVID-19 was). Durant was in town for the Nets-Lakers game (one of the last MBA games before the season was cancelled). Off the court thanks to an achilles tendon issue, he had time to grab drinks and dinner with Drake at Nice Guy in West Hollywood, now the center of Los Angeles' outbreak. They had pizza... it looked nice!

Now, thanks to Durant's diagnosis — which drew controversy as people have started to scrutinize celebrities' easy access to testing — Drake is shut away like a princess in his Toronto mansion. Durant is asymptomatic (like almost 80% of cases) and there's no word yet on whether Drake has been tested or is showing symptoms.

He seems to be doing fine. Yesterday, Drake posted a forlorn video of himself playing basketball alone on the home court at his Toronto mansion, captioned "My life for the next however long." Now, if you head to @champagnepapi's stories, Drake appears to be tucked in with a glass of wine watching Fifth Element in his home theatre. Self-quarantine… is different for some of us.

Drake might be in Toronto for the long haul: Canada will soon close its US border for all non-essential travel. We're wishing him the best and looking forward to his quarantine mixtape.

Also... Drake? Thanks for turning down Gal Gadot's offer to be in the "Imagine" video.