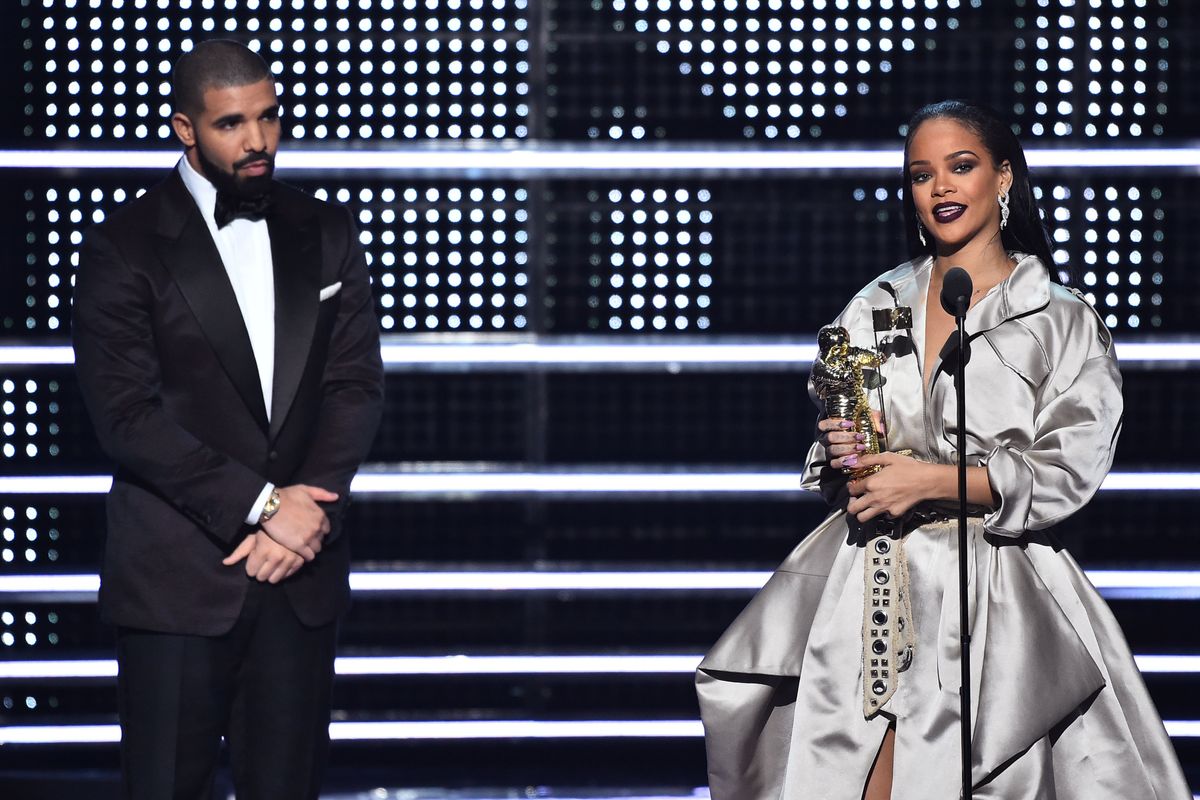 Drake Talks About Rihanna, His Collaboration With Chris Brown

Today in news surprising no one, Drake is once again talking about Rihanna. Somehow though, the context this time is even more questionable than usual.

On the heels of the release of his new track "War," the rapper stopped by Rap Radar to chat about his beefs with everyone from Pusha T to Kanye West. And on this tip, Drake also ended up talking about his eyebrow-raising decision to release "No Guidance" earlier this year with supposed nemesis, Chris Brown.

Given Drake's undying obsession with Rihanna, it was somewhat disturbing to see him collaborate with Brown, who in 2009 was charged with felony assault following his domestic dispute with Rihanna — an incident that resulted in her hospitalization.

However, Drake tried to address his controversial decision by talking about how things had always been tense between him and Brown in this new interview. Explaining that previous collaborations never worked out thanks to the built-up "resentment" they had toward each other, Drake went on to say that the source of this tension was a woman.

"You know, really at the end of the day, when you kind of step away from it and break it down, you start to feel silly because it's over girl stuff," Drake said. "But obviously that could snowball into real shit and that's what happened in this situation."

And though he never mentioned Rihanna by name, the rapper then clarified that the person who was "in the middle of us" is not currently a part of either of their lives, before saying that he initially had "a moment of hesitation" about the collaboration. Why? Well, he apparently didn't want Rihanna to feel "disrespected." That said, he continued by saying that he believes she would be alright with it.

"I think of her as family more than anything and I felt... I actually had kind of a moment of hesitation before because I didn't want her to ever feel disrespected by me linking up with him, but I also know how many nights she knows that me and him have both been consumed by this issue," he said. "I think she is a good person with a good heart who would rather see us put the issue to bed than continue like childish shit that could end up in a serious situation."

Watch Drake's interview for yourself, below.