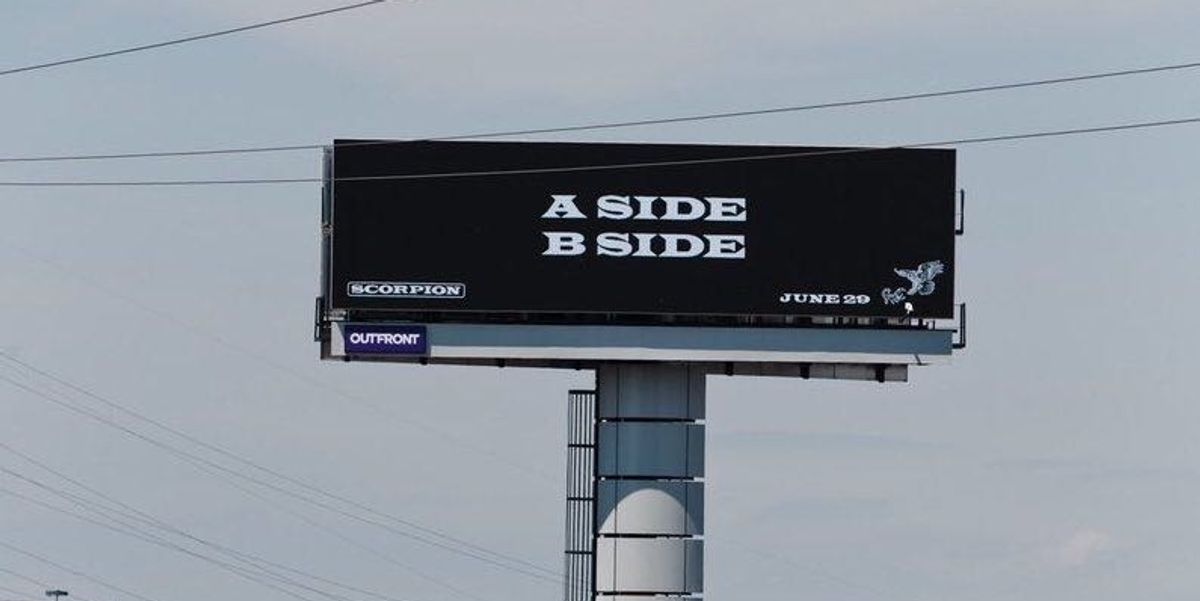 Drake's Billboards Are Back

Drake is a billboard connoisseur. He has used the very traditional advertising method to shout-out his love interests, tease new projects and create general hype for years, and he's not changing his ways any time soon.

Scorpion, Drake's fifth studio album, is slated to be released this month — June 29, as we've learned from his Toronto-situated ads — and it looks to be a double album. The signs read "Side A Side B," "Don't hit me when you hear this," and "Is there more," another merely features an eagle landing, talons extended, on a scorpion.

Check out the billboards, below.