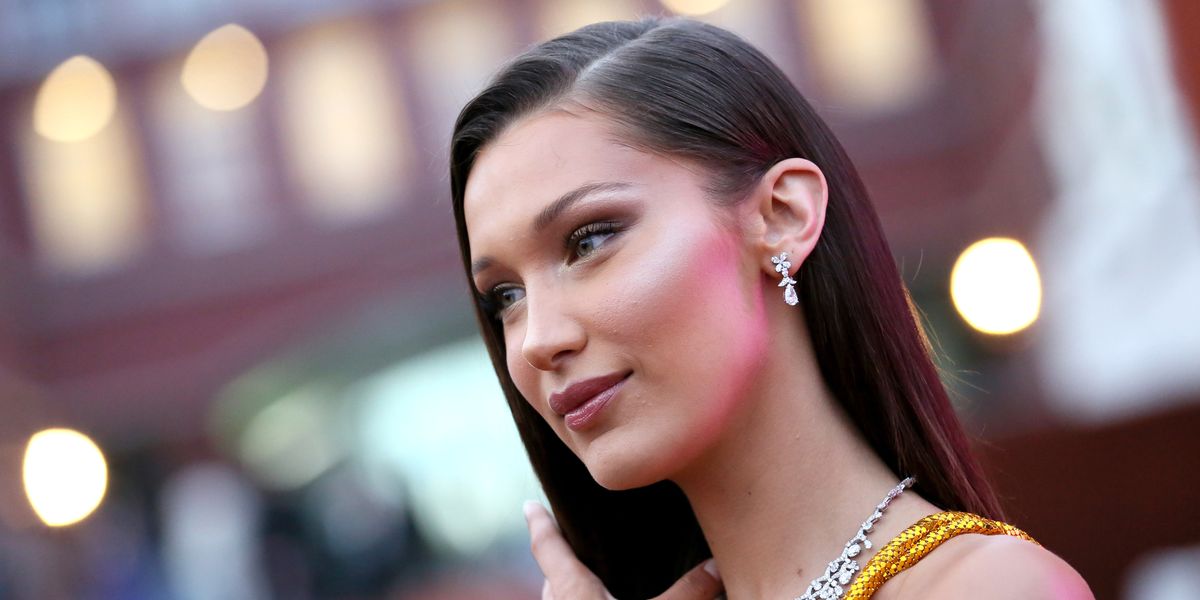 Bella Hadid Is Not Here for Your Interpretations of Drake's Album

It's no secret that Drake has spent his career sub-tweeting exes and love interests via his music. Not only does it provide fans the chance to sleuth as to which latest famous lady stole his heart, but it's a whole lot of fodder for clickbait — especially when the rapper gets specific. And on his latest output, Scorpion, that's exactly what seemed to do.

Immediately many outlets, including this one, dissected the lyrics of Side B track "Finesse" to be addressing his rumored fling with Bella Hadid, the 21-year-old super model who was oncein a long-time relationship with Drake's pal, The Weeknd. "I want my baby to have your eyes," he began, which is innocent enough, before adding: "I'm going against my own advice," Drake perhaps speaking to the taboo of dating a friend's ex (The Weeknd). "Should I do New York? I can't decide/ Fashion week is more your thing than mine," he sings. "You stay on my mind/ You and your sister too hot to handle," Drake concludes, what many have assume is a reference to Gigi Hadid. Not to mention on "Sandra's Rose" the rapper spits, "My house is full of supermodels just like Mohammed Hadid."

These are among the most hints Drake has ever dropped in one song and fans collectively decided Bella Hadid was the object of Drake's affection this time around. When People tweeted the theory, a Twitter user chimed in: "Probably, who hasn't he banged. #jealous," to which Hadid came in hot.

"Not me!!! that's disrespectful. WHY CANT PPL BE FRIENDS W/o all the insinuation," she wrote.

There you have it, don't take Drake's lyrics too seriously.