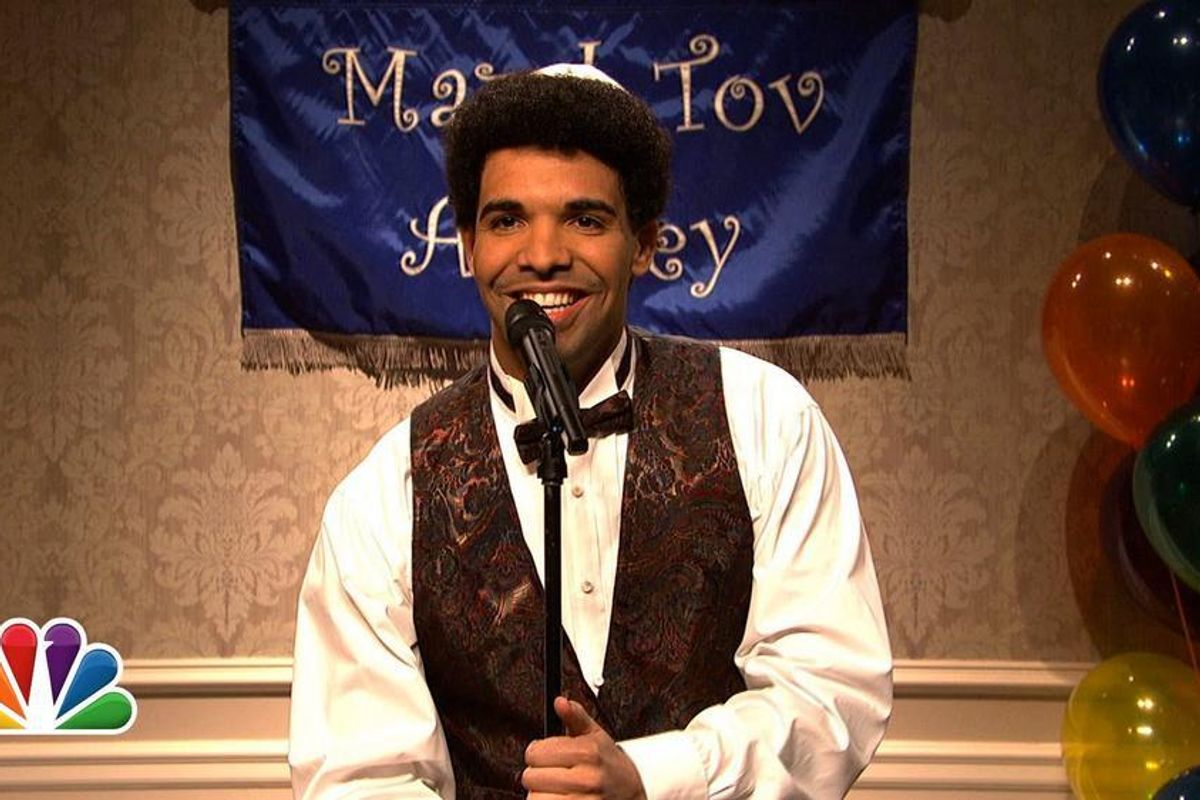 Drake Performed At A NYC Bat Mitzvah This Weekend. Yes, He Did.

Canada's own Aubrey Drake Graham performed at a Bat Mitzvah in New York City this weekend, because the gods are kind and merciful.

The party was held at the Rainbow Room, atop Rockefeller Center, and Drake, a fellow chosen person, made sure to make this young girl's passage into Jewish womanhood a miraculous one.

(Drake at his own Bar Mitzvah)


Drake isn't the only one getting down with religious-based appearances.


When I got confirmed in the Catholic Church, all I got was a forehead breakout from the oil they rubbed on us, and my Nana getting drunk on pink champagne that she kept calling "That pink shit.," so Mazel to this girl's parents and Drizzy for making her and my dreams come true.