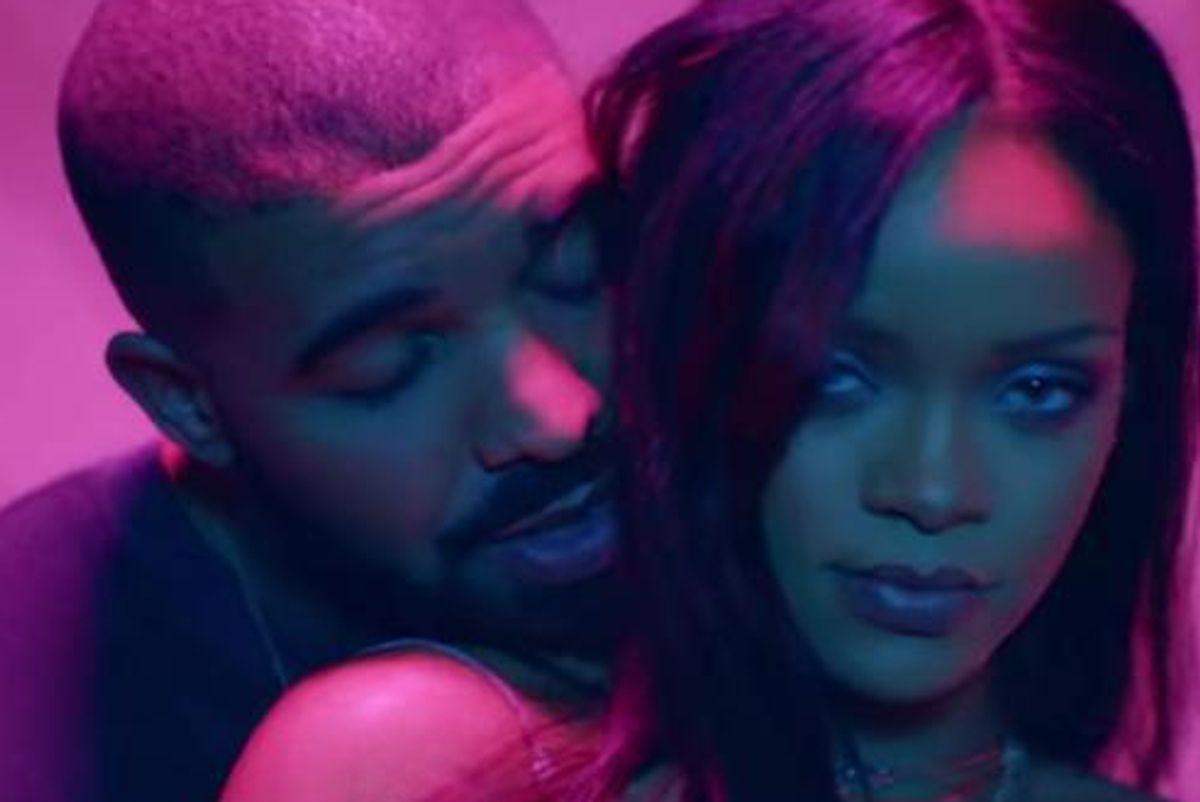 Drake's love for Rihanna is longstanding and well-documented, from their many musical to collaborations to rumored romances. Drake-Rihanna 'shippers got a boost last night, when he made a surprise appearance during her ANTI concert in Miami. During "Work," Drake came onstage for his part of the duet, and to dance up on Rihanna (mercifully not breaking out his "Hotline Bling" moves).

The pair got up close playing flirting chicken, with Rihanna losing as she laughed and ducked out of an almost-kiss.

The ANTI release has seen an uptick in Drake-Rih collaboration. He's in the double-feature "Work" video, where he does what he does best--sit back and look astonished and admiring of the killer woman in front of him.

He also made a surprise appearance during Riri's Brit Awards performance, where he continued his dancing and generalized Rihanna worship.