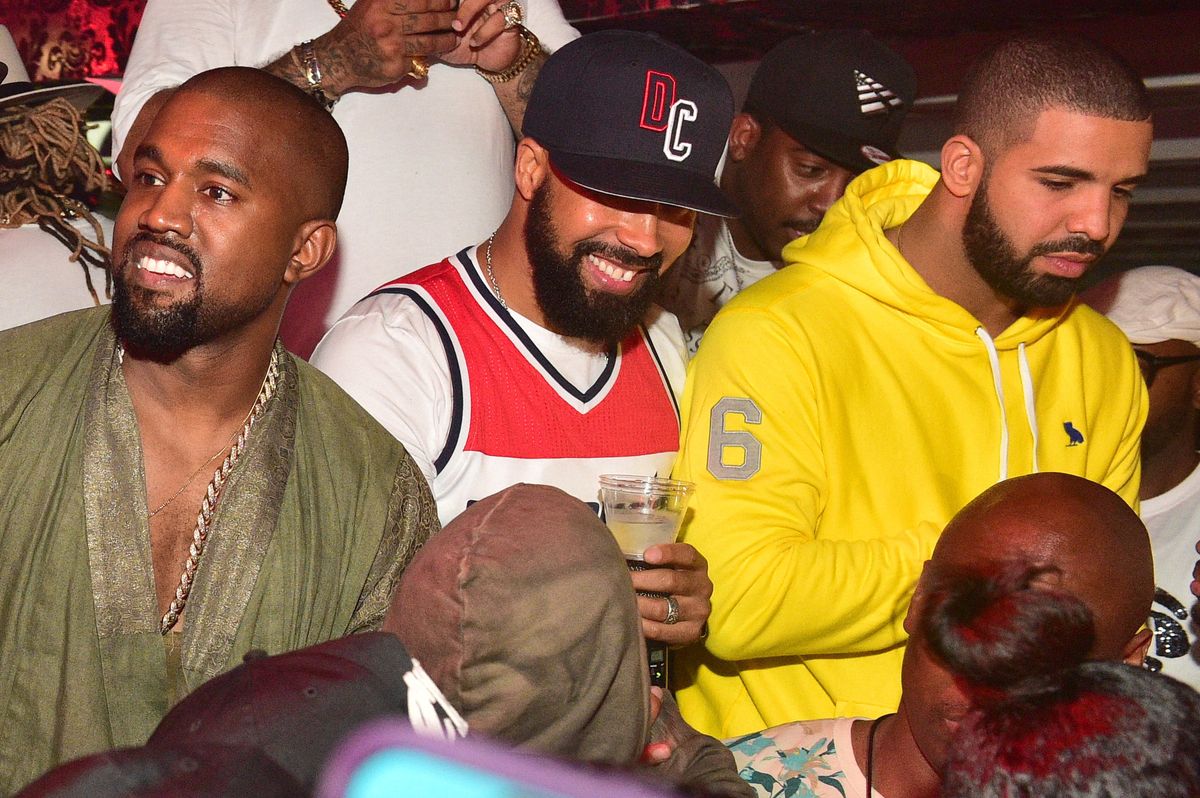 What Happened Between Kanye and Drake Last Night?

It's no secret that Drake and Kanye aren't friends, and haven't been for a while. While things had been quiet for a few months, a new Twitter rant from Kanye makes clear that the two rappers have far from resolved their differences. If anything, their relationship is worse than ever. Also, Kim got involved. A mess!

To recap, Drake is allegedly angry at Kanye for outing his secret love child to Pusha-T, who then referenced said love child on his Drake diss track "The Story of Adidon," released on Kanye's GOOD Music label. (Pusha-T and Drake had been on bad terms for a while). You might recall that "The Story of Adidon" forced Drake's hand: he confirmed the existence of his kid on Scorpion track "Emotionless" shortly after. Another Scorpion track, "In My Feelings," appears to reference a sexual relationship between Kim Kardashian ("Kiki") and Drake. (For weird added context, Drake literally lives on the same street as Kim and Kanye).

For the record, Kim denies sleeping with Drake and Kanye denies telling Pusha anything about Drake's child. Pusha says he learned about the child from Drake's producer, Noah "40" Shebib. Also, Pusha and Kanye both seem to believe that Drake paid crowd members to attack the former rapper at one of his concerts in November (notably, the concert took place in Toronto, Drake's hometown).

Fast forward to last night, when Kanye heard Drake's new song with French Montana, "No Stylist," which contains the Yeezy-bashing lyric "I told her don't wear no 350s 'round me," and went off on Twitter. Kanye shared that Drake was asking permission to sample one of his songs, but he wouldn't give it until he received an apology about the 350s diss. He also claimed he'd been trying to meet up with Drake and resolve their beef for six months, to no avail.

Kanye then brought up the topic of Drake "buying the first two rows" at the Pusha concert in Toronto. He claimed that as a result of Drake's alleged actions, an innocent concertgoer was critically injured. After tweeting about this, he claimed Drake called him up and started threatening him. Kanye repeatedly expressed fear that Drake would come after him or his loved ones: "if anything happens to me or anyone from my family you are the first suspect."

Nasty. Kim also weighed in, asking that Drake "never threaten my husband or our family" and saying that Kanye "paved the way for there to be a Drake" in the first place.

Things chilled out a bit this morning, with Kanye tweeting some "positive vibes". He also posed for a photo at JP Morgan & Chase this morning. 2018 continues to make very little sense.