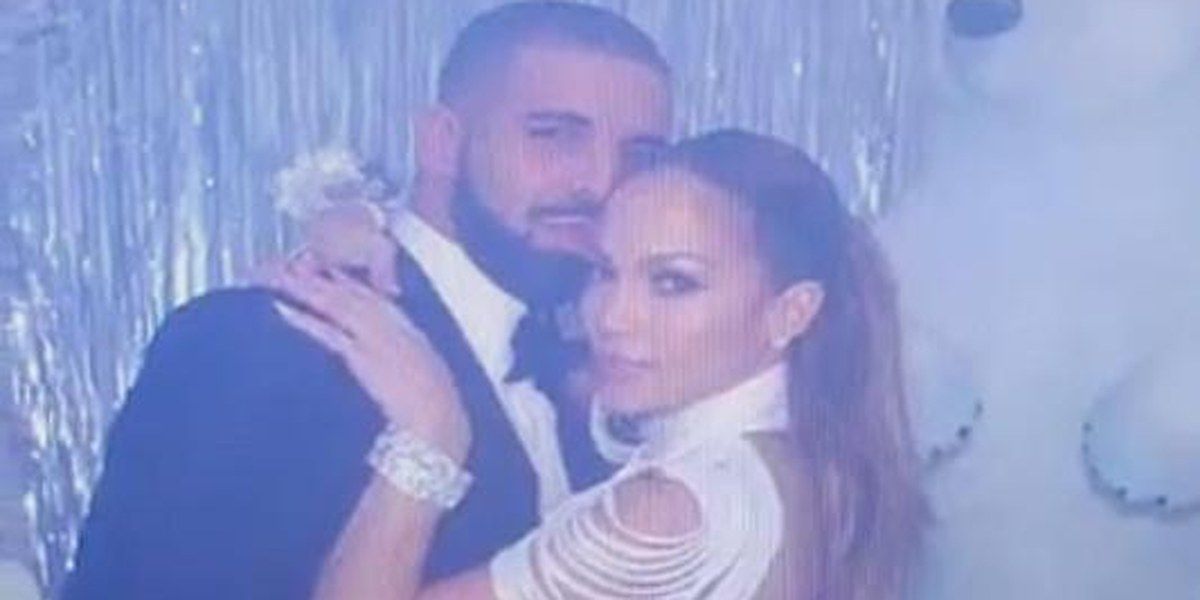 Drake And J.Lo: It's Worse Than We Thought

You guys, this is bad. This is really bad.

Last week, some mysterious footage appeared (*cough* publicist *cough*) of Drake and Jennifer Lopez smooching and grinding it out to their own music in what appears to be a hotel banquet hall in Party City prom drag.

It was the latest in a string of very aggressive "WE'RE A COUPLE NOW LOVE IS REAL LOOK LOOK" moves from the two of them, and ok, fine, we "believe you." "But what is this sparsely-attended prom-themed party?," we asked. "Is that really the best they could do with that banner?," we wondered.

According to Us Weekly:

When Drake learned the Bronx native had never attended prom at her all-girls Catholic high school, he formulated a grand gesture. Choosing an L.A. church as the setting for a December 29 winter wonderland-themed formal, he created a scene straight out of Degrassi High. He had the space decked out with snowflake cutouts and metallic foil fringe, hired a band and arranged for he and Lopez (sporting a floral corsage, of course) to be crowned king and queen. "He wanted her to have that experience," explains a source. It was his fantasy too.

So corny. Can't... breathe. When they finally release a coffee table book of Drake's Grand Gestures, that 'Winter Wonderland' banner is going on the cover.