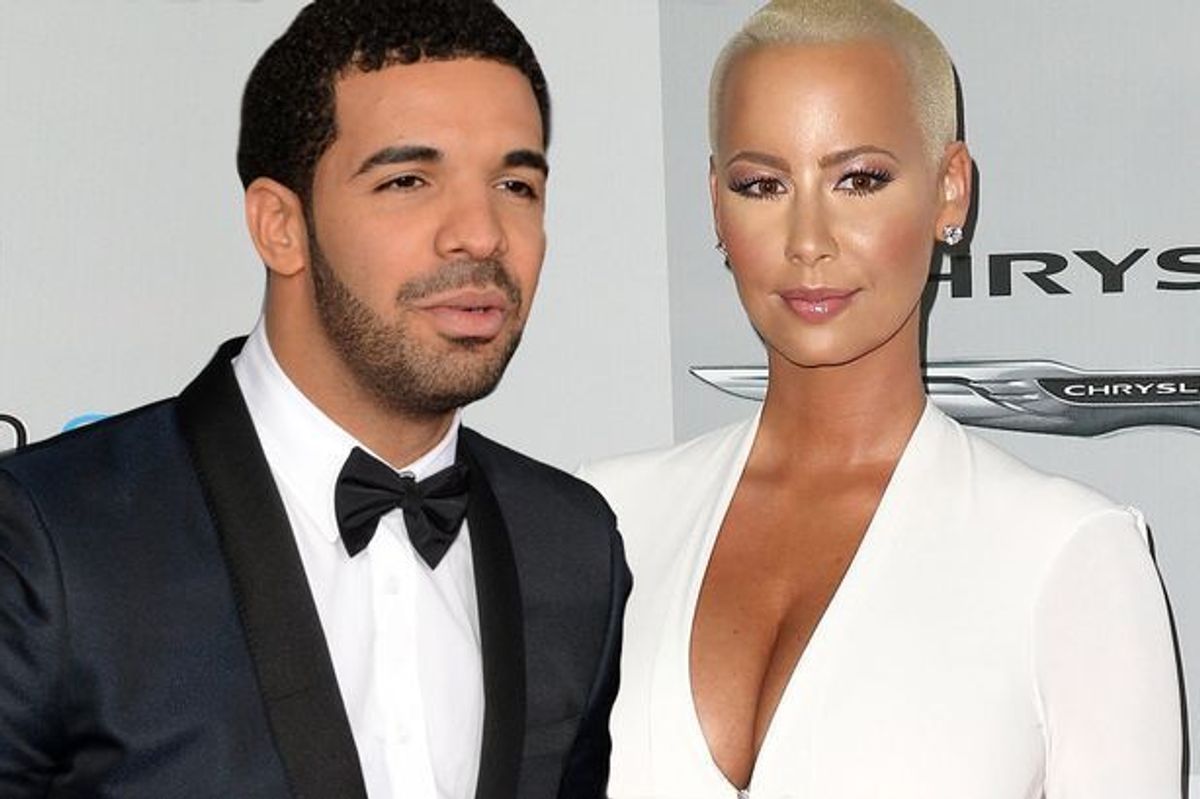 It Was Only A Matter Of Time: Drake And Amber Rose Might Be Doin' The Damn Thing

Champagne Papi had a miracle run over the holidays, bringing together formerly beefed up Lil Wayne and Birdman together at his New Year's Eve soiree at the E11even nightclub in Miami.

The pair had fallen out last year, after Weezy tweeted that he felt like a "prisoner" on Birdman's Cash Money label, and slapped a $51 million lawsuit against them for impeding on his career; Birdman didn't help the fallout when he threw a drink at Wayne during a performance this past summer.

But Drake's velvet-aura seemed to coo even the saltiest of sentiments.

It's also seemed to pull in a certain Bad Bitch into its inescapable orbit: Ms. Amber Rose, herself.

The two allegedly held court in a private wine room (with their entourages at their side) on Friday night, and carried their newly polished frondship into the next day, where Amber 'gramed this video of Drake doing his best impression of Drake

While nothing is totally confirmed (or denied), I'm going to wishfully assume these two are running the sex gauntlet, because the laws of physics calls for it.