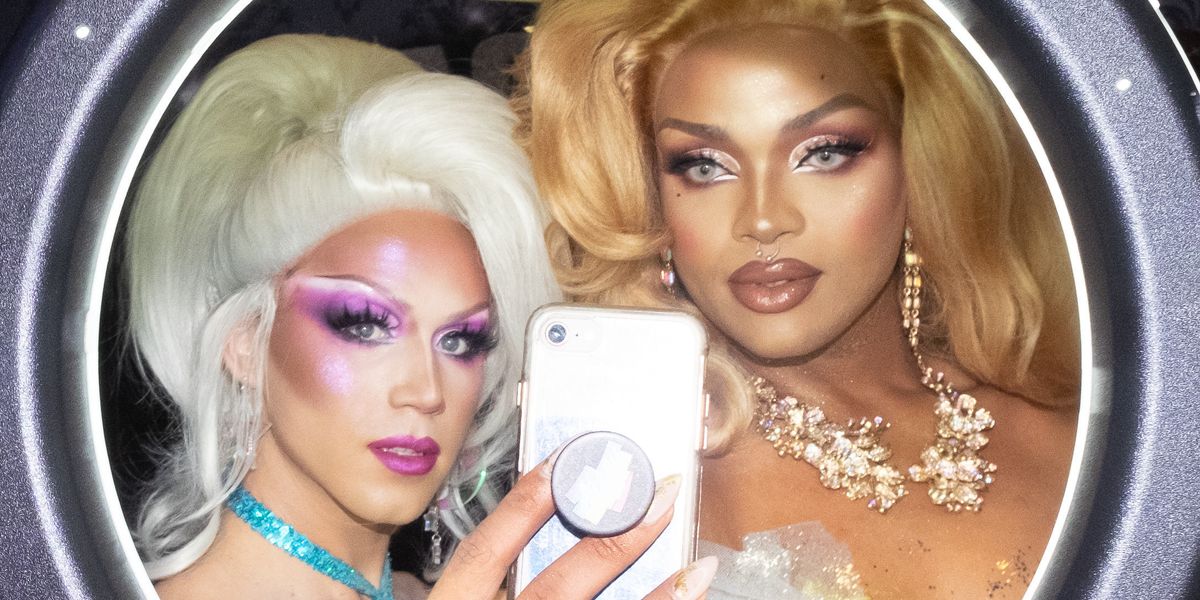 One weekend every September, the Javits Center in Manhattan dons 5-inch heels, and a sequin dress, transforming into the worldwide epicenter of fierceness, the RuPaul Drag Convention. The convention, celebrates Drag culture and more specifically the Queens who have competed on the iconic cult TV show, RuPauls Drag Race.

The day began with The Queens Walk, thousands of attendees surround the pink carpet as favorite queens from series-past strutted their stuff. It was a fierce start to the morning; from the carpet you couldn't see past the wall of adoring, screaming fans, of all ages and backgrounds. The looks on show were out of this world, but the star of the walk was Season 11's Shuga Caine, whose saintly outfit was complemented by a group of three solemn monks in tow, cross held high.

Once the walk concluded, attention shifted to the main stage for a DJ set from the Queen herself, RuPaul, atop a 30 foot stage. Ru took the journey down a metaphorical runway and back, beginning with some oldies, and bringing the crowd to a climactic peak with Lady Gaga's Bad Romance. Then, Elizabeth Warren was introduced by Season 3 All Star winner Trixie Mattel — on a large screen, granted, but the message was clear and queer: Warren is an ally of the trans and queer community.

The atmosphere of the event was electric. Queens were dressed in all manners of outfits, often and very impressively made by themselves. One queen, Sabrina Laurence, had two elaborate rainbow-themed outfits and a sparkly Zelda number to round out the convention. Perhaps the most memorable encounter that day was with Nina West, the winner of Season 11's Miss Congeniality award. Nina exclusively revealed that she would be the first Drag Queen to walk the red carpet in full drag at this years Emmy's and Creative Emmy's. Nina said that the most stressful thing was picking an outfit, and avoiding looking like a cross between Elton John and Tina Turner in Mad Max.

Nina was the host of the penultimate event of the day, the kids pageant. As the kids lined up in all manner of outfits, ranging from drag octopus to cat ears, they were asked, "Who's going to win?" Among the cries of "ME, ME, ME," a 12-year-old queen by the name of Desmond Is Amazing answered, "Everyone." That answer summed up the convention really. While RuPaul's Drag Race is by definition a competition, there were no losers at the convention. Everyone got to dress the fuck up and celebrate being whoever they want to be in a safe, colorful and wonderful space.