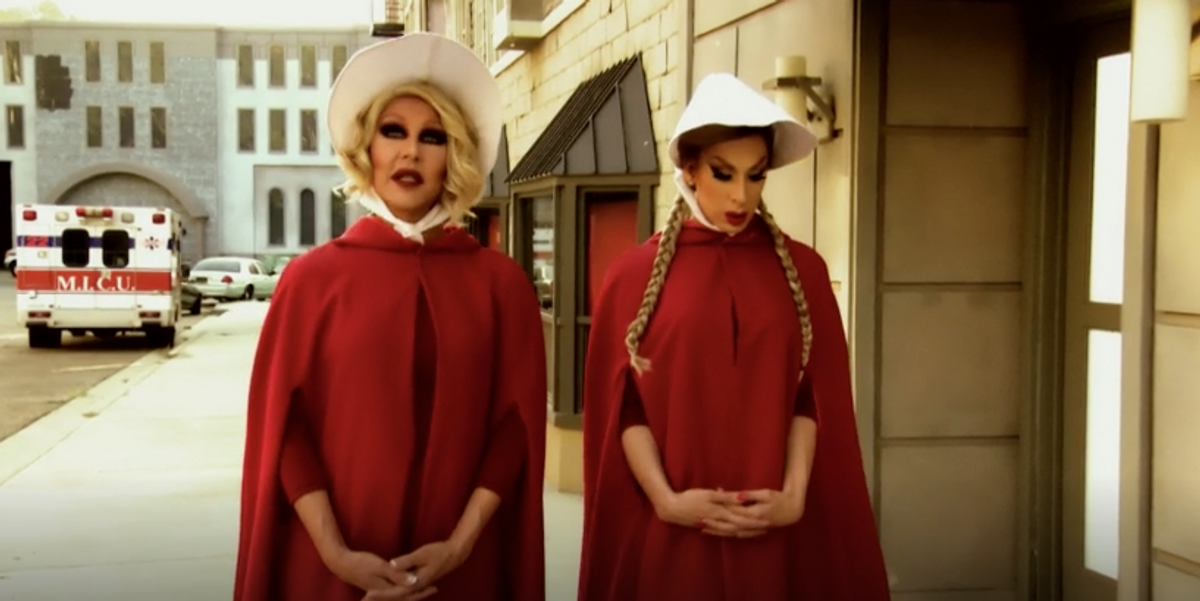 Though both RuPaul's Drag Race All Stars and The Handmaid's Tale are returning this spring, any sort of crossover between the two didn't exactly seem fated, until now. Chad Michaels, winner of the first season of All Stars and Alaska, crowned queen of the second, teamed up to bring us The Hennymaid's Tale, a minute-long clip inspired by the Elisabeth Moss-starring dystopian hit show for EW.

The clip shows the two winners in the classic Handmaid's red outfits and white bonnets, strolling down an empty street meant to be the "Drag Race Hall of Fame" and discussing the upcoming season of All Stars (January 25).

"Hey, kitty girl. Blessed weather we're having today," Michaels says to Alaska," who responds, "Indeed. Can you believe it's already All Stars 3? Do you think there will be lots of twists, turns, shocks, and surprises this season?"


As emergency sirens sound, the two quickly leave the scene. It's a crossover that only sort of makes sense but we're here for it anyway. All Stars 3 will feature 10 drag superstars — Trixie Mattel, Shangela, Ben DeLa Creme, Kennedy Davenport, Milk, Morgan McMichaels, Thorgy Thor, Aja, and one queen who is yet to be revealed.

See The Hennymaid's Tale below:

And check out a 14-minute teaser of the season's first episode here to prep yourself for tomorrow's slayage.