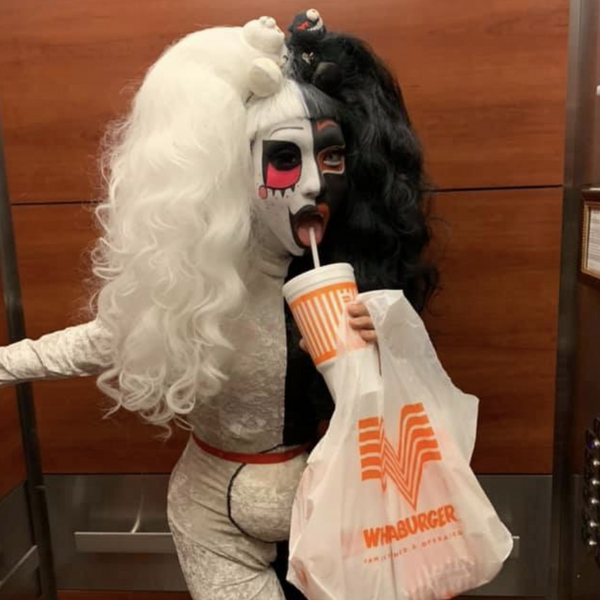 A Drag Queen Says She Was Denied Entry at Whataburger

A drag queen says she was recently denied entry and service at a Whataburger in Austin, Texas.

Over the weekend, The Houston Chronicle reports that San Francisco-based queen Erika Klash alleged that she wasn't allowed into the restaurant, "because I was in drag."

"Manager didn't want me to enter and security blocked me from entering without citing any company policy," she wrote. "I am a professional artist, NOT A security threat."

Related | Bushwig 2019 Reminds Us Why Drag Is So Vital

Subsequently, Whataburger corporate issued an apology via Twitter and asked Klash — who was in town to attend the International Drag Festival — to contact them directly about the "unfortunate incident."

That said, in the wake of the incident, Klash shared via Facebook that Whataburger was launching an investigation into what happened, though she added that she "REALLY [wants] to believe that this was all a misunderstanding, but at this moment I cannot be certain. Hopefully this investigation will shed some light."

"When one is in full drag, and there are strangers staring at you while you're being physically blocked from entering an establishment, AND the person blocking your entry does not give a clear reason for doing so, its hard for one not to wonder WHY all of that is happening," Klash continued. "As a queer person, It's also hard to feel safe in those moments."

That said, Klash said that the incident wouldn't affect her view of Austin as "a very queer-friendly city." She also said she was able to get food at another Whataburger without incident via the drive-thru.

"BLOW THE WHISTLE if something happens that you think is wrong," Klash concluded in her post. "That being said, let's educate before we cancel. Let's keep the 'civil' in civil disobedience. And lastly, let's give folks a chance to do better."