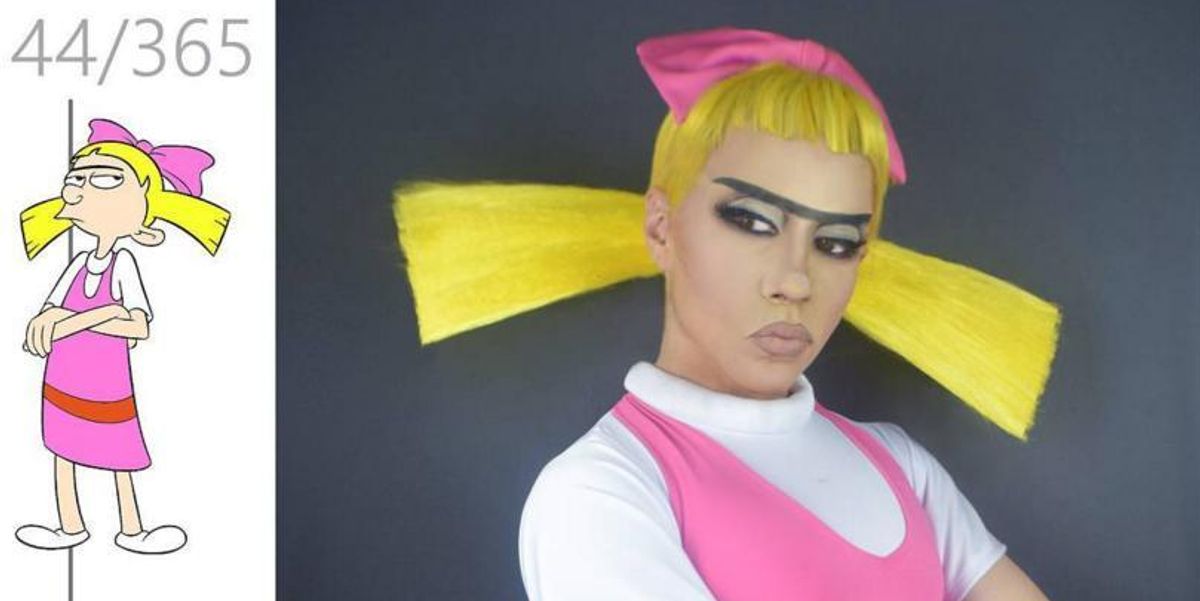 Drag Queen Recreates Iconic 90s Characters And It's Everything

As any true RuPaul's Drag Race fan should know, Phi Phi O'Hara has been working on her 365 Days of Drag Instagram project -- to stunning results -- but our favorite looks have to be the series of 90s cartoon characters she recreated a few weeks back.

THE 90s SERIES! So much fun doing these and so happy with the love and appreciation for them! I will do a part 2 of the 90s in the future for all the characters I missed. WHICH ONE IS YOUR FAVORITE?! Next week will be back to fun, creative looks, there will be more cosplay drag in the future! Never forget there is NO LIMIT to what you can do and THERE ARE NO RULES in doing drag and creating art!

And while we were sad to see the last of Phi Phi's Judy Funnie, she thankfully announced last week that there are more pop culturally-relevant characters to come.

HELLO to all the new followers on IG! Glad you all are enjoying my #365DaysOfDrag and the 90s series! A lot have requested specific animated theme weeks....so here is a list of what is to come!! CAN'T WAIT!

That's right, even though she's already covered everyone from the eponymous Daria Morgendorffer to The Rugrats's Cynthia (she's a really cool dancer!), there's more in store in the form of Pokemon gym leaders, Disney villains and Sailor Moon -- not to mention an entire 90s Cartoons Part 2, which we're hoping corrects the grave oversight that was no Rocco's Modern Life characters.


In the meantime though, you can peep the best of what Phi Phi's got so far -- and be sure to use 'em as reference the next time some dummy questions whether "drag is really art or nah."

[ 42/365 ] #365DaysOfDrag "90S CARTOONS!" NEXT UP.....#DOT! #Animaniacs I used one of the prosthetic noses I made, and for the eyes, they are open, I simply put in my black sclera lenses and used Kryolan Aquacolor to draw the ovals around my eyes. I cut an old wig and sprayed it to keep its shape and pulled the wig over my ears since DOT doesn't have ears like humans.