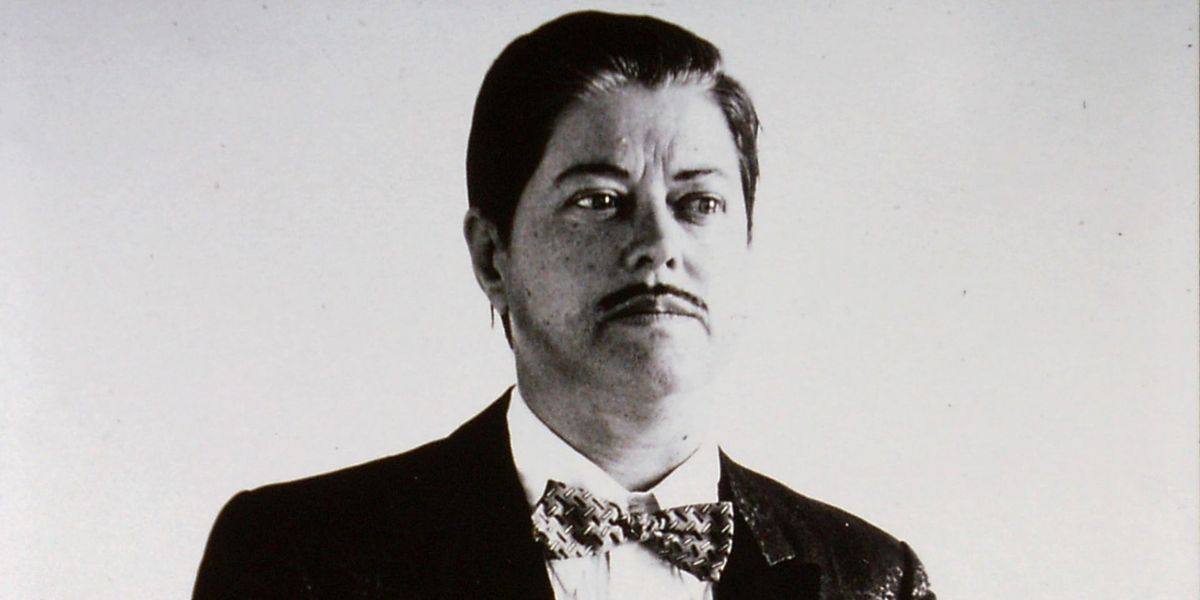 Diane Torr, famed drag king, performance artist, and a pioneer in the LGBT community, has sadly passed away of a brain tumor at age 68. Toor was perhaps best known for her male drag personas, one being the debonair Danny King, making a name for herself in the drag world as one of the few and most innovative female performers who dressed male.

Torr got her start in the art scene by studying dance at the Darlington College of Arts before moving to New York, where she got caught up in the 1970s DIY punk scene and started staging experimental performances across bars and clubs in the East Village. She caused a lot of local ire during her go-go dancing days, at a time where feminist critics panned sex workers and performers, fueling her to establish exclusively female performance spaces and become a known feminist activist in her own right.

Torr started dabbling in the art of cross-dressing by helping others do the same, setting up workshops that taught women how to embrace their masculine side and fully adopt male patterns and behaviors for performance art. These classes were a huge factor in the rise of underground drag king culture in the 1980s, which still remains an underrepresented performance art, especially compared with their queen counterparts. Hopefully, her expansive repertoire of male characters and motivation to break ground for women in society will inspired us to continue this path, especially for drag king performers.

Torr is survived by daughter Martina and brother David.