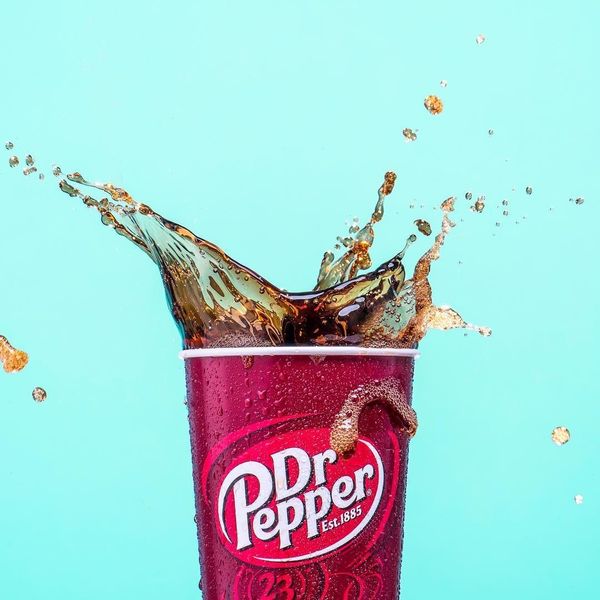 Dr. Pepper Is a Vers

Brands pandering to the LGBTQ community has been a long time-honored tradition dating all the way back to Harvey Milk signing an endorsement deal with the Dairy Farmer's of America Association. If you've ever been to a state-sponsored Pride parade you have surely noticed the growing presence of corporate promotions ranging from your local multi-national bank to every imaginable brand of vodka.

Enter a new print ad that surfaced on the Internet today from Dr. Pepper:

Ok, so there is a lot to unpack. The implication that Dr. Pepper fucks is wild and on top of that is queer! The initial reaction is to reject the notion that a can of soda could have a sexual identity, but if we take a moment to closely examine what makes a Dr. Pepper the answer becomes a little more clear. Dr. Pepper is composed of "23 Unique flavors," making it not easily put in a box or slotted into some neat binary. Dr. Pepper can be served cold or hot, no wonder they're a vers.

The ad surfaced earlier today on Twitter with rumors that it had originated from Sweden, or was possibly a hoax. Dr. Pepper has yet to respond as to the veracity of the image, but perhaps living in this limbo of it being simultaneously real and fake is for the best.

Many are already comparing the ad to Oreo's 2015 Pride campaign that rendered all cookies, with the exception of oatmeal raisin, gay and the 2014 Proud Whopper that had Chik-Fil-A shaking. And while the ad may be a thinly veiled cash grab, we should keep the spirit of inclusivity alive and welcome Dr. Pepper as a member of the queer community. Remember, the "B" in LGBTQ stands for "beverage."