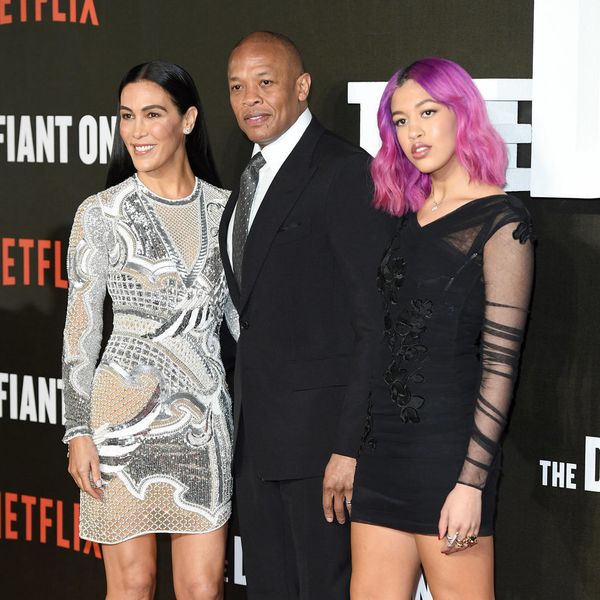 In the wake of Operation Varsity Blues, many amongst the proletariat took the opportunity to dunk on millionaire celebrities, and enjoy a hearty brag about their lawful admissions to their various prestigious alma maters. This was fairly obnoxious and sort of missed the point about how meritocracy is a lie and college elitism is toxic, but also, fair! They're punching up, let 'em have this one.

Unfortunately, some in higher tax brackets such as almost-billionaire mogul and producer Dr. Dre tried to join in on the fun before pausing to reflect on if he might have given tens of millions of dollars to any universities that his children attend.

This weekend, Dre took to Instagram to brag about his 18-year-old daughter Truly Young's achievements. He captioned a photo of him and Truly holding her USC admissions packet, "My daughter got accepted into USC all on her own. No jail time!!!"

Comments By Celebs on Instagram: “Would ya look at that. #CommentsByCelebs”

Adorable! Big sweet dad vibes. Diddy threw Dre a flexing emoji and everyone was having a nice time. Until the internet descended to query how Dre defines "on her own" given that in 2013, the Beats co-founder donated a hefty $70 million to his daughter's future school to help found an undergraduate entertainment and business institute. He quickly deleted the post. Dre, why!? Why say things when you could simply say nothing?

Luckily for Dre, wealthy people showering universities in cash, and then grabbing a drink with Bob when application season rolls around is fully legal — unlike Lori Loughlin and Felicity Huffman's more creative methods. However, they're also one of the routine and mundane ways in which the elite undermine the integrity of the college admissions process, the hard work of less privileged applicants and generally class mobility (that indeed will get you "no jail time!!!").

Her father's USC institute doesn't mean she couldn't have gotten in (legitimately) "on her own," but we'll never really know (and her family probably wasn't stressing). Apparently, the Beats heiress wasn't even that all that hyped about going to USC. Maybe because like her (former) classmate Olivia Jade, she's aware that, as a wealthy and semi-famous person, she ironically has many routes to success and financial stability without a 4-year-degree. Wealthy parents should really lay low for a while if they want to keep the game going... and also generally, chill.

Truly Young on Instagram: “Dad pushing me to go to USC”