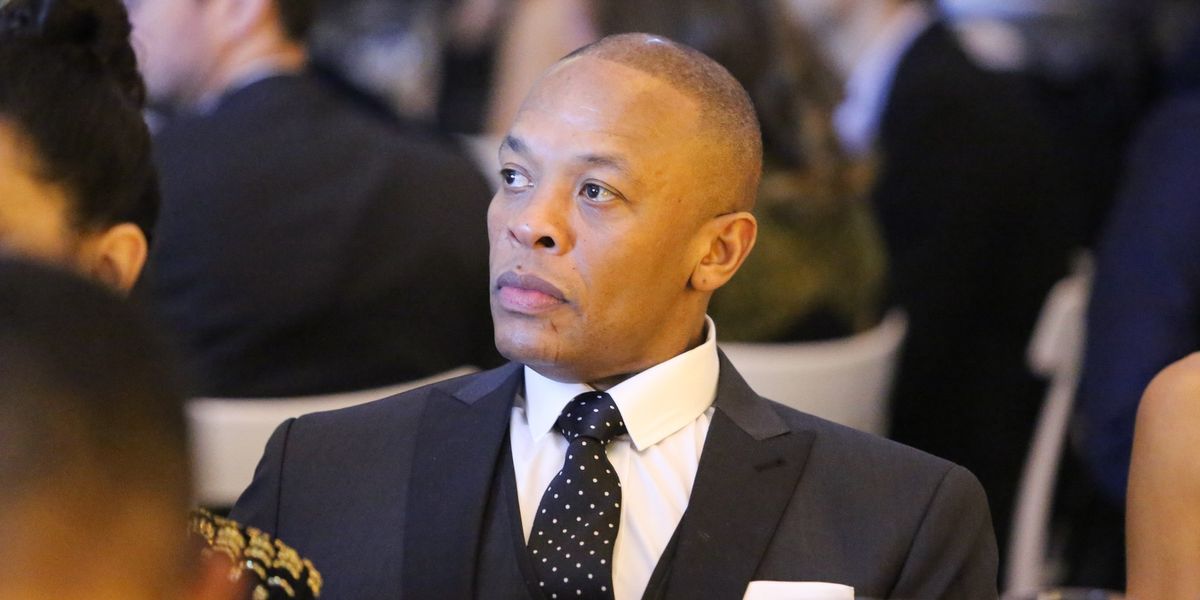 Lifetime's new biopic about RnB singer Michel'le, Surviving Compton: Dre, Suge & Michel'le, lands on the network next week--and Dr. Dre isn't happy about it. He sent Sony a cease and desist letter and is threatening to sue if the film airs.

Surviving Compton details the romantic relationship between Michel'le and Dr. Dre as well as the abuse Michel'le suffered at his hands.

In a trailer for the film, there is a scene where Dre (played by Curtis Hamilton) grabs Michel'le (Rhyon Nicole Brown) by the throat and threatens her saying "You sing it like you feel and I'ma kick your ass."

Michel'le has gone on record saying Dre abused her during their relationship, giving her a black eye and breaking her nose so violently she had to have it surgically repaired.

After the blockbuster Straight Outta Compton was released last year, Dre's treatment of women has come under public scrutiny. The omission of Dre's dark history of abuse in the film prompted Dee Barnes, the former host of hip-hop show Pump It Up!, to pen an essay for Gawker about the way Dre assaulted her at a record release party.

Dre, for his part, apologized without mentioning names or specifics.

"Twenty-five years ago I was...in over my head with no real structure in my life," he told the New York Times. "I apologize to the women I've hurt. I deeply regret what I did and know that it has forever impacted all of our lives."

So far, Michel'le's story has been untold despite NWA's revitalization in pop culture. Michel'le told VladTV the reason she was left out of Straight Outta Compton is because Dre wouldn't put her in.

"I was just a quiet girlfriend who got beat on and told to sit down and shut up," she said.