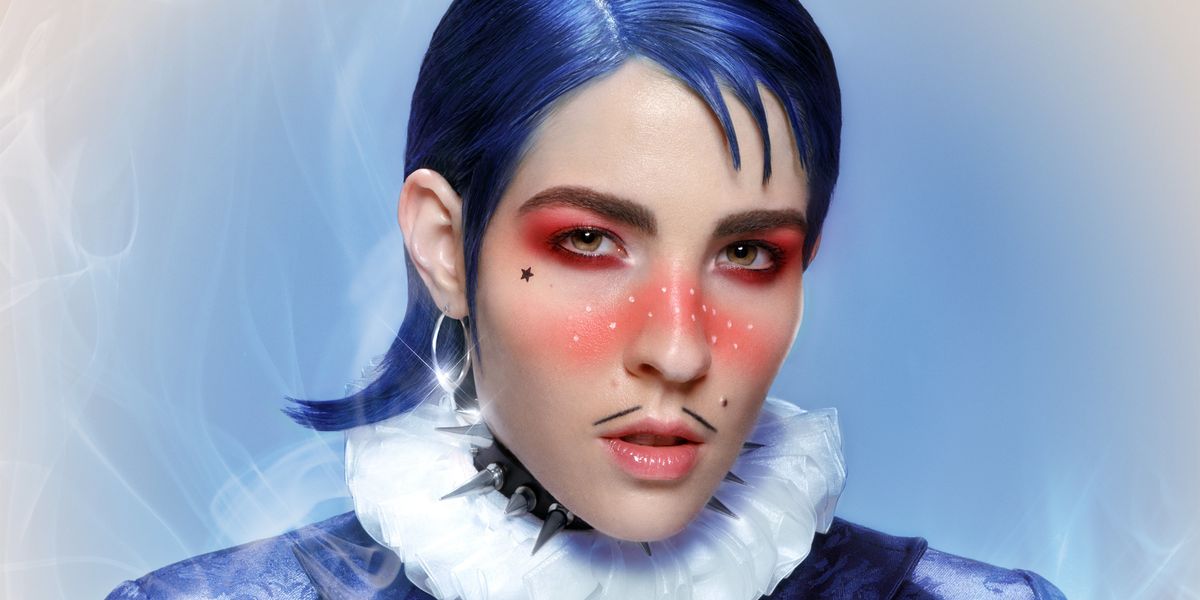 Pop visionary and scene-maker Dorian Electra has been a PAPER hero since they released their very first single. Using gender, sexuality and social norms as a playground for their queer comedy-infused PC music-cum-bubblegum songs and music videos, Electra's ethic is all about making people laugh, while helping them feel freer to be themselves.

Finally, they've announced their debut album, Flamboyant, an 11-track record that promises a new set of gender-scrambled, politically incisive and completely outlandish bops. Flamboyant will be released on July 17, just in time to infuse a bit of camp into the summer's nightlife.

"Each track on the album takes on a different masculine trope or character in order to explore the nuances of gender, power, politics, sex, music, and fashion all with a future-facing pop sound." Electra explains. "Everything from instrument choice to aesthetics draws from the history of camp... while also being deeply personal and radically queer."

Featuring tracks with titles like "Guyliner," "Emasculate," "fReAky 4 Life" and "Adam & Steve," we can't wait to see new characters and absurdities Electra will dream up — and what a fully fleshed out project from the pop mad scientist looks and sounds like.

Electra will perform throughout Pride month across the country, kicking it off with a performance at Go West Fest, a new Los Angeles Pride party co-hosted by Troye Sivan and Charli XCX.