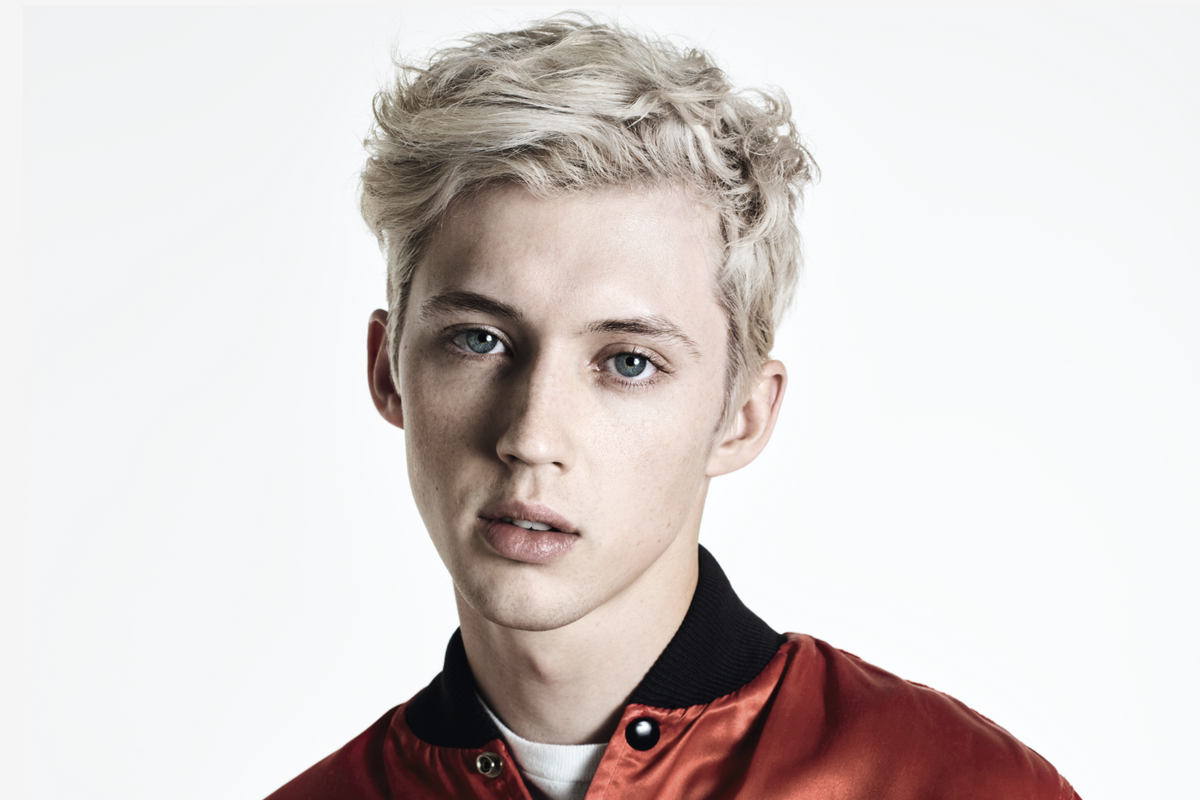 Building up for today's big single release, Troye Sivan tweeted out the hashtag #BopsBoutBottoming, and then quickly deleted it. But with 8.67 million followers and a wildly engaged fanbase, the Aussie singer's statement was immediately swept up and multiplied across the Internet. While its title suggests a story about flowers, Sivan's new track "Bloom" is clearly about gay sex, and most importantly, all the nuances of trust, anxiety and love attached to it — something largely untouched in the context of mainstream pop music.

Sivan's lyrics, co-written by frequent collaborator Leland, are strategically subtle, without losing any of the overt gay impact. "Take a trip into my garden/ I've got so much to show ya/ The fountains and the waters/ Are begging just to know ya," he sings, seductively luring in his lover. "And it's true, baby/ I've been saving this for ya." The nature of "Bloom" softly dances between Sivan confidently submitting to sex and spotlighting the nerves associated with it. "I need you to/ Tell me right before it goes down/ Promise me you'll/ Hold my hand if I get scared now." But he's ultimately devoted: "I bloom just for you," Sivan ensures on the chorus — "bloom," becoming synonymous with bottoming.

Songs that address sex can often feel surface-level, distilling the experience down to physical pleasure with no mental attachment. This has successfully made for many mindlessly addictive tracks, but it fails to use the power of pop to dive into the complexities of a single sexual encounter. Bottoming, in particular, is loaded in a society that prioritizes teaching straight sex to teenagers, and forces gay men to either conduct research of their own, source advice from friends or jump into anal with no sound understanding of what to expect later in life. "Bloom" seems to be conscious of this baggage, written by gay men for a gay audience, rather than capitalizing on Sivan's sexuality for temporary flash.

And that's exactly what the queer community needs: LGBTQ art created by LGBTQ people about LGBTQ life, and finally thrusted to as many eyes and ears as possible. In the wake of key gay crossover trailblazers before him — Elton John, Freddie Mercury and, more recently, Adam Lambert, among others — Sivan is able to have a significant platform that grants him the ability to own his artistry for an audience of millions. "Bloom" is not just a track about same-sex dating, romance or kissing, it's centered on a deeply intimate act that up until recently was illegal in the U.S., and remains illegal today in several countries worldwide. It's an unapologetically radical release, made all the more daring with its disguise as a glossy synth-pop standout using cute botanical references.