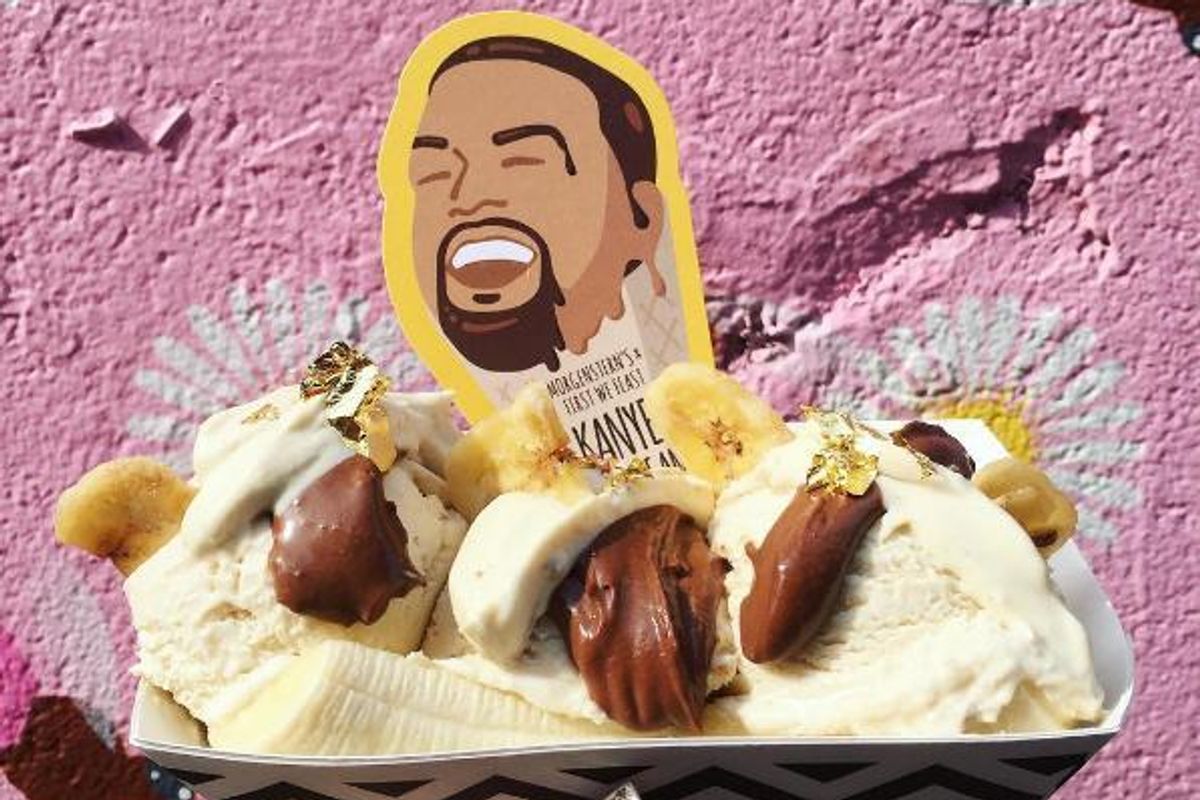 In recognition of Yeezy's well-documented passion for the cone, Morgenstern's Ice Cream and First We Feast have teamed up for a glorious second year to gift the world with a Kanye-themed menu of frozen treats. It's Kanye Ice Cream Week, Season Two! After the success of last year's offerings, which included Red October Raspberry Sorbet, The Kim Kardashian Thirst Trap Sundae, and the I Am A God Croissantwich, Morgenstern's has stepped up their dessert puns to God level, with Watch the Cone, Father Stracciatella My Hands, Pt. 1 and the Panda Cone.

In addition to offering the most influential scoops on the planet (by 50 percent!), Morgenstern's will also be selling these amazing Pablo-inspired 'I feel like ice cream' shirts through this Sunday, June 12th.

See the full menu below, and take a minute to dream of a world where all your Kanye puns become reality...