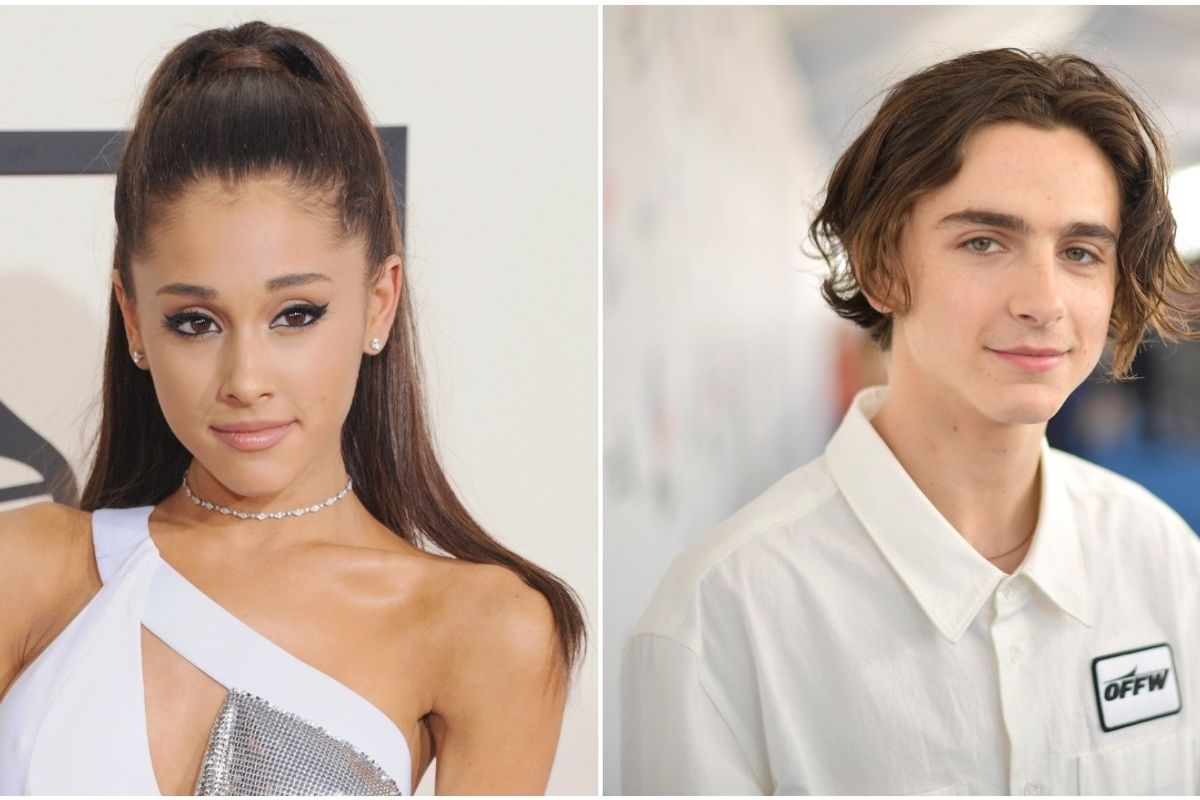 As if the AG6 announcement wasn't enough of a blessing, Ariana Grande is giving fans another exciting project to look forward to — and this one includes Timothée Chalamet.

On Wednesday, Deadline reported that the pop star will be joining the likes of Chalamet, Leonardo DiCaprio, and Jennifer Lawrence in Netflix's new comedy, Don't Look Up.

Helmed by filmmaker Adam McKay — whose name you may recognize from the upcoming Parasite TV adaptation — the movie is about two low-level astronomers trying to warn the world about a planet-destroying asteroid approaching Earth.

Not only that, but in addition to the aforementioned A-listers, Don't Look Up will also reportedly feature Kid Cudi, Jonah Hill, Himesh Patel, Cate Blanchett, Rob Morgan, Meryl Streep, and Matthew Perry.

Granted, while streamer hasn't confirmed who'll be playing who yet, just seeing the entire star-studded cast is enough to get us excited. So fingers crossed that McKay and Netflix are able to start filming sooner rather than later.

Check out Netflix's cast announcement, below.

The cast of Adam McKay's DON'T LOOK UP is absolutely iconic: