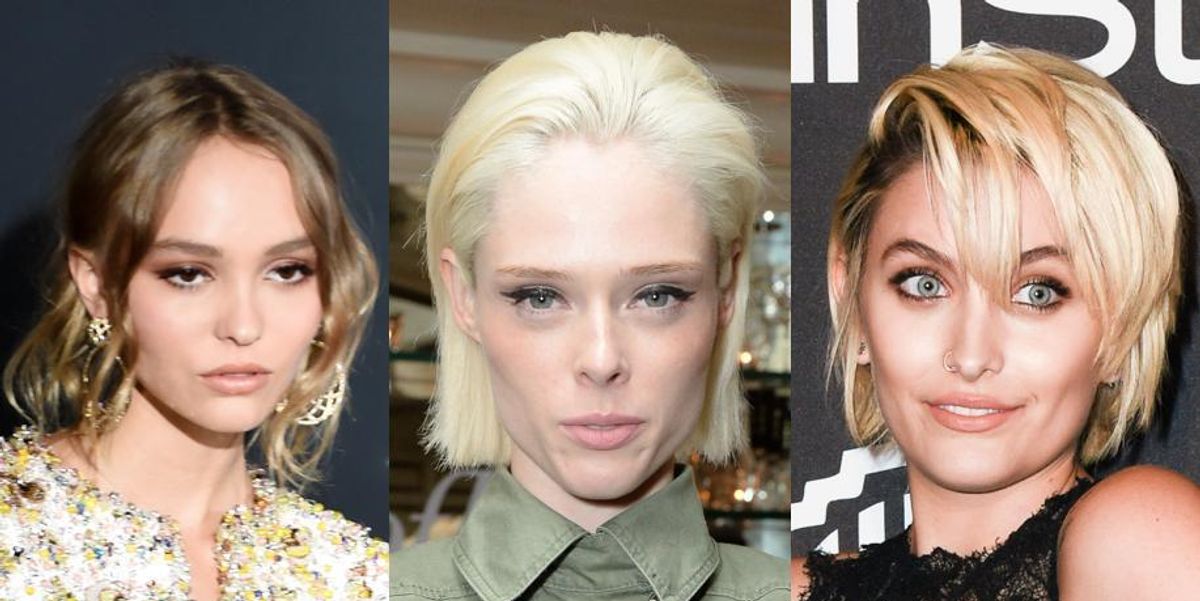 In a week that felt like the prologue to a New World Order, the old world ritual of the Haute Couture shows in Paris still delighted with the beautiful and strange. From Dior debuts to pop progeny, it was a moment that was not short on splendor, with some healthy introspection, no matter how much ugliness swirls around. When they go low, it's ok to go haute (at least for a moment!). Herewith our top ten highlights of the week that was:

The Sunday night opener of the couture shows is traditionally Atelier Versace with all of the pomp and stomp that Donatella does so well. However this season they opted to present quietly by appointment above their Paris boutique. But instead of taking the spotlight off themselves, the move stoked further rumors that Givenchy designer Riccardo Tisci is in talks to take over the reins of the house that Gianni built as the company plans an IPO. We're not mad at any of that, but Versace's usual amped-up runway moments were always a welcome jolt of energy in the usually staid presentations of what can be a rather self-serious week, and we wouldn't mind a return in seasons to come.

Lily Rose Depp, the doe-eyed daughter of Johnny Depp and Vanessa Paradis, has been in Karl's cabine practically since birth so it was little surprise when she walked out to close the Chanel presentation in a pink organza number. Yet this felt extra special given the pride of place La Mariée confers at the hautest of haute couture shows of the week. She looked amazing and uncannily like her mother when she used to model for the house.

The peculiar mash-up of the end of the men's collections, along with some pre-fall outings, and the beginnings of couture serves up some fashion encounters that feel like an alternate universe. Even though it was technically the end of the mens shows, the vlog-osphere let out a collective gasp when they saw Jeffree Star in braided neon at Balmain last weekend.

@carineroitfeld and @parisjackson enjoying the view from the front row at @givenchyofficial—welcome to Paris, Paris! #pfw 📷 Bertrand Rindoff Petroff/Getty Images
A photo posted by CR Fashion Book (@crfashionbook) on Jan 20, 2017 at 1:07pm PST

Paris Jackson front row at Riccardo Tisci's Givenchy menswear/couture show last weekend was a lovely, if melancholy, reminder of how her late father, The King of Pop, was a long time fan of Tisci's early work for the house before his untimely death in 2009. She appeared right at home next to Carine Roitfeld in a sweater emblazoned with "Feel Love" and it seems the fashion establishment feels just the same towards the pop progeny.

The aughts supermodel, Natalia Vodianova, is rarely seen on the catwalks anymore, devoting much of her time to her charity and five children, but when she does it really makes a splash. Opening the show for fellow Russki, and good friend, Ulyana Sergeenko did just that and was the perfect way to celebrate the designer's tenth couture collection.

Even though Maria Grazia Chiuri had her first outing for Dior last October during the RTW collections, the couture debut is a gauntlet unto itself—see Raf Simons' exhilarating scramble to put together his first couture collection for the house in the Dior & I documentary to get some idea. This collection was set in an enchanted garden and was jam packed with gauzy tulle, princess dresses and anything your fairytale hear desires: Dior at its most darling!

In one of the more poignant shows of the week, John Galliano showed us at Maison Margiela that haute couture does not need to be all princesses and tulle trains (nothing wrong with that!) but can be just as fantastic. With deconstructed undergarments, coats and netting molded to look like faces, he stared us down and made us look at ourselves. At once real but also complete fantasy, it was a thrilling and emotional way forward for couture.

For their Fall 2017 RTW collection—that, yes, took place during couture week—the Vetements collective took on different characters and modern archetypes they see around them in Europe. It is hard not to pick up political references to the vulnerability of the EU in the deconstructed coats and mens separates but it had the irony and whiff of satire that the brand is known for. It may have read a bit dour, but can you blame them?

At a couture house where the de facto mascot is the lobster, why not embrace it? The weird and wonderful world that Elsa Schiaparelli created in the '30s and '40s feels just as relevant now—and the political climate is looking darkly similar. So it was with a wink that designer Bertrand Guyon slapped a lobster on one of his couture looks and any fashion historian worth their salt took notice. In a moment when things are feeling ever more surreal, and not in the fun Salvador Dali way, its nice to remember that fashion can, and should, have a reaction.

I call this runway walk "the praying mantis" 😜 #advancedmodelmove @jpgaultierofficial
A photo posted by Coco Rocha (@cocorocha) on Jan 25, 2017 at 2:55pm PST

Who can forget the moment ten years ago (gulp) when Coco Rocha high-kicked her way down the Gaultier runway for the first time and into fashion history. The high spirited Canadian model is now more a regular on the small screen than the catwalk anymore, so it was heartwarming to see her walk in JPG's couture show this week. Gaultier, who dropped his RTW line two years ago to focus on couture and fragrance, offered a lively assortment of '40s inspired suiting and turbans and, of course, dazzling corsetry. But the Coco casting demonstrated the one look that never goes out of style: Loyalty.