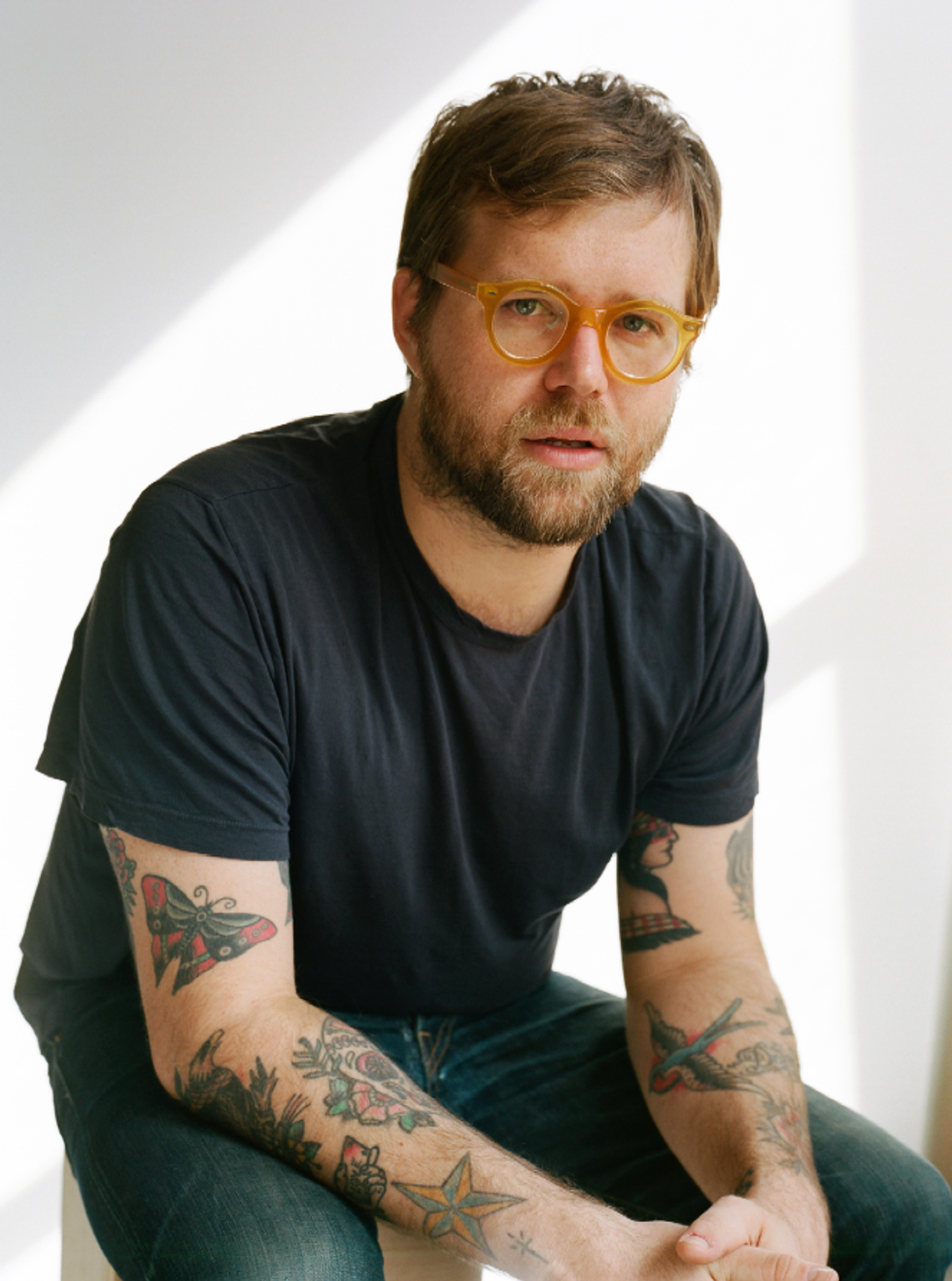 by Elizabeth Thompson
PAPERMAG
We live in strange times, in which non-famous people with sizable Instagram followings are hired as spokespeople by brands, the nauseating term "influencer" is everywhere and "network" continues to flourish as a verb. Perhaps no one is more familiar with this moment than Chris Black, founder of the consulting firm and publishing company Done to Death Projects as well as the well-read men's fashion-wear blog Words for Young Men. Getting his start in Atlanta's music scene before moving to New York and consulting for brands, Black has been in the trenches of social media and the "personal brand" long enough to know exactly how not to behave, both online and off. His new book, I Know You Think You Know It All, is a quasi-etiquette guide for people "who refuse to admit what they don't know." Its 414 tips range from the common sensical ("Never get a logo tattooed on your body") to the more advanced ("Don't ever use the word 'curate' when mentioning your social media accounts"). Black, who delivers these lessons with tongue firmly planted in cheek -- the first tip is "don't take yourself too seriously" and the last is "nobody likes a know-it-all" -- took our call to elaborate on a few of our favorite pieces of advice from the book. He'll be discussing it further at BookSoup in Los Angeles this Saturday; check the flyer below for details.
"There's nothing worse than a rich guy who loves nerd culture."

I've kind of listened to a lot of podcasts and stuff. I just can't handle the Nerdist guys talking about, "Oh, I was at Comic Con and blah blah..." You know what I mean? It's like, "Dude, shut the fuck up. You're rich. Shouldn't that buy you some taste at some point?" I listen to that podcast fairly often 'cause they have crazy guests, and they were very early in podcasting and I will give much respect to that, but the Star Wars, Comic Con, Avengers stuff? That's the least-cool shit in the entire world. I hate it. I was listening to another podcast, Girl on Guy, with Aisha Tyler and she had Daughtry, from American Idol as a guest. He's like this Americana rock guy, but it was very similar. He goes, "All I wanna do is be a comic book artist." And I'm thinking, "What the fuck are you talking about? You're already a somewhat successful musician." I just don't understand that.

"Sending work emails late at night makes you seem like a crazy person."

If I get an email at 3 a.m. and it's not from someone on the West Coast, I'm like, "What are you doing? It could've waited." Nothing I'm doing, nothing that anyone in this office is doing, is urgent enough for that. We're not saving lives. I think New York specifically breeds some of that: people think that what they're doing is very, very important. And that can be a good thing, but I also think there's a line. If you get up at 8 a.m. and send that email, it's probably better than doing it at 3 a.m. It also just burns people out to get those emails. Let's say you get an email at 1 a.m. and you're at a bar. Like, really motherfucker? Because then you feel responsible -- you feel like you need to respond right then. And I pride myself on being a very fast email responder, but not with that kind of shit. I draw the line.

"Only do karaoke in a small room with people you know."

I mean, I think everybody can agree with that. I went to a karaoke place in Chinatown recently for an engagement party, and it was awful because there were no rooms -- just a regular shitty bar with somebody singing very loudly, very badly. The fun of karaoke, if you find that fun, which I don't, is to be in a room where the door closes and you can do whatever the fuck you want. That's kind of the whole point.

"Not everyone can be an 'influencer.'"

The Internet is just breeding monsters out there. I don't want to live in a world where things are based on social media numbers as opposed to skill or quality of work. But that's what happens: "Oh, you've got half a million followers on Instagram? We're gonna pay you this much money." And that's all it is. None of it matters. I think it takes a very certain kind of person to have that level of Kardashian-like engagement. Someone whose followers will say, "I'll buy it if you say so!" That's not really a reality.

"Talk on the phone in public as little as possible."

I was just going nuts on a plane. My wife and I were sitting behind this woman, and as soon as we landed, she's on the phone. And I'm a loud person. I have a deep, loud voice. She was screaming. And it was about the most unimportant shit you can think of. I just don't understand that -- you can't wait 15 minutes? Ten minutes? It's just an etiquette issue. I don't talk on the phone in public. I don't even answer my phone in the office. I share an office with two people, and I'll go outside if I absolutely have to take a call.

"Try not to be overly concerned with networking. Definitely don't throw the term around."

It's crazy because it's an acceptable thing to talk about. Why can't you just meet somebody and like them? Maybe something comes of it -- maybe it doesn't. I don't understand the necessity to make it a thing. The "meet-up" is the lamest thing in the fucking world. I love meeting people. But I've never had to call it anything or make a more serious effort to go do it. It's like speed-dating or something. It's just a strange, forced thing.