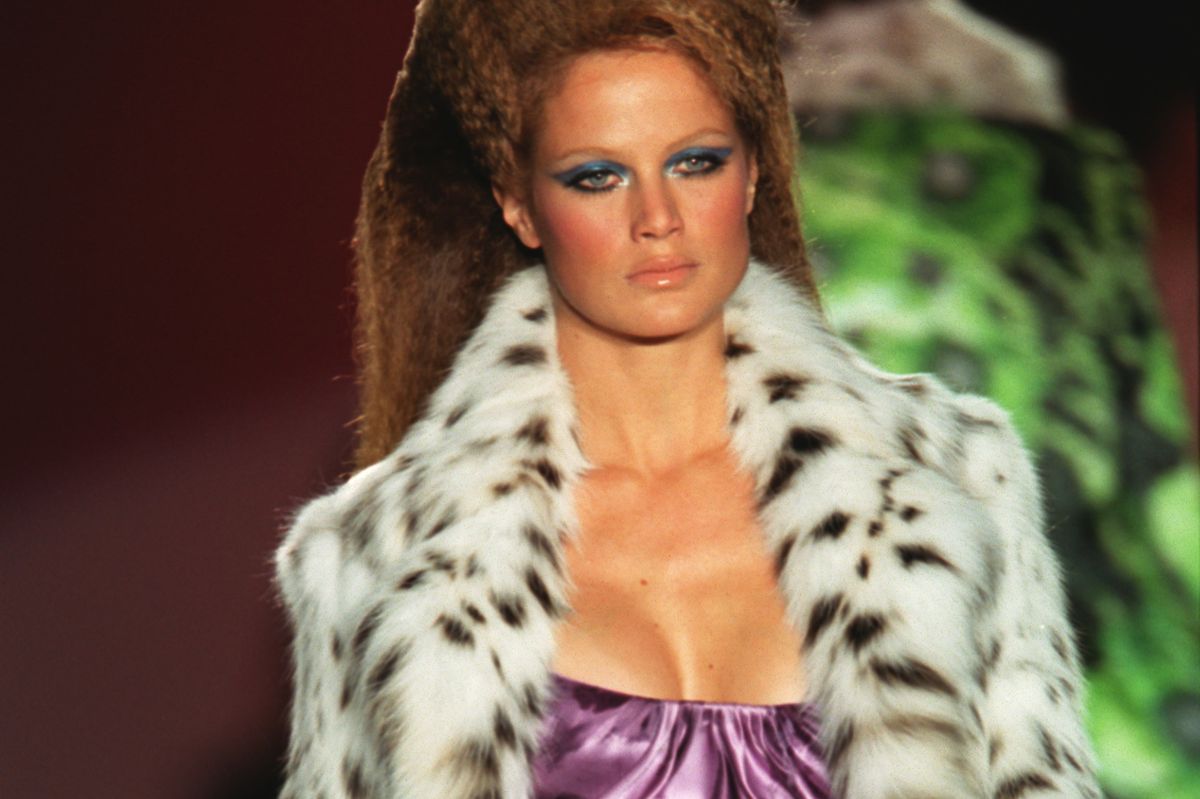 The ethics of fur and leather use in fashion has always been up for debate. Mink coats can be seen as the ultimate signifier of luxury, and leather jackets have become synonymous with effortless cool. At the same time, animal's rights advocates feel that using fur is cruel and unnecessary, and have used numerous extreme methods to make their point, including famously throwing a dead raccoon at Anna Wintour's food and flour-bombing Kim Kardashian.

Now, famed designer Donatella Versace is joining the conversation by stating that she will no longer use fur in Versace's designs. In an interview with The Economist's 1843 Magazine, she said, "Fur? I am out of that. I don't want to kill animals to make fashion. It doesn't feel right." As the article goes on to say, fur has consistently been used in Versace's clothing. The website also features fur items and even currently suggests that customers buy "fur-embellished coats that turn heads."

Versace joins other designers including Gucci, Givenchy, Furla, and Michael Kors and clothing rental company Rent the Runway, all of whom have also recently decided to go fur-free.

It seems that this could be a bigger moment of transition for Versace. When asked about the future of the company, Versace hinted at the possibility of a new creative director to replace her. She said, "Somebody came up to me recently and said, 'there will be a huge crisis if you leave – it will be a fashion disaster!' Can you believe that? ...Yes I am Versace. But also Versace needs to mean change."

Versace has not yet released an official statement regarding their use of fur.