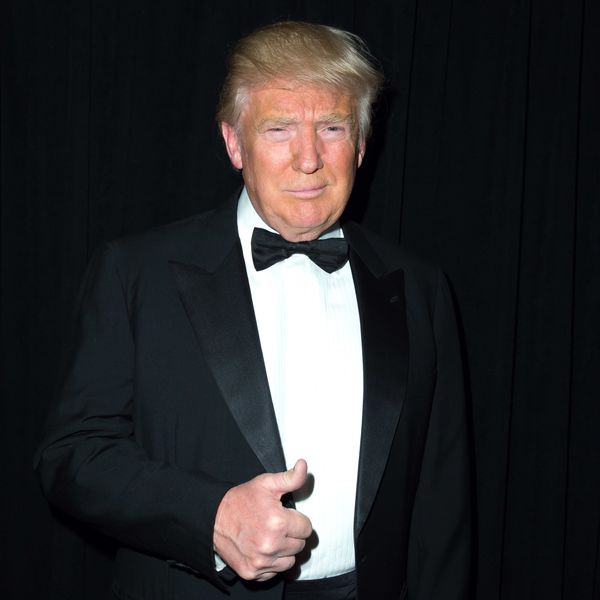 Donald Trump Is 'Not Familiar' with the Harvey Weinstein Case

Media mogul Harvey Weinstein, who has been accused by more than 90 women of sexual misconduct, turned himself in to the police on Friday. He has been charged with rape, sex abuse, sexual misconduct and a criminal sex act, according to BBC. The news made headlines and was heralded as a victory for the survivors of his violence and for women everywhere, as reporting on his countless assaults caused women across the world to share their experiences and work towards more equitable workplaces via the #MeToo movement.

Recently, while on the way to deliver a commencement address at the U.S. Naval Academy, President Trump was asked his thoughts on the monumental Weinstein case, CBS reports. He responded that he was uninformed about it, saying, "I don't know anything about it." He later told another reporter, "I'm not familiar with the case, but it's really too bad."

The statement would be shocking coming from any other President or political official given the social impact of Weinstein's case, but Trump has a history of being late to respond to political events and of endorsing sexual misconduct. Nonetheless, it is incredibly frustrating to see him normalize and implicitly excuse Weinstein's behavior by remaining willfully ignorant to it and by describing his arrest as "really too bad."