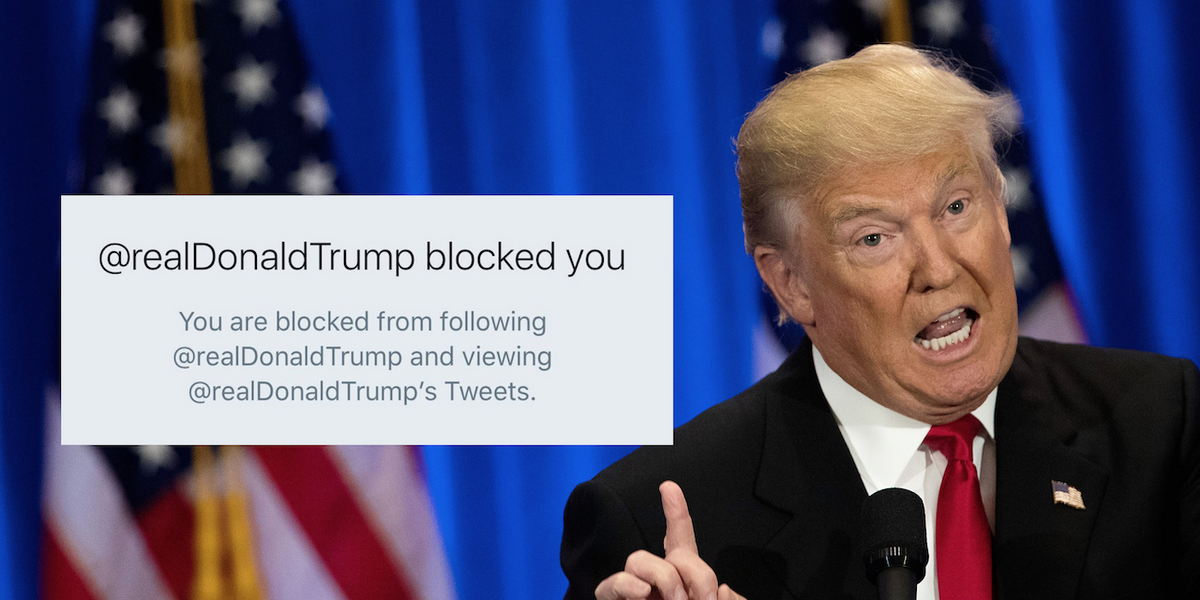 A federal court ruled Wednesday that President Donald Trump's love of hitting the "block" button against his fellow Americans on Twitter is unconstitutional.

Judge Naomi Reice Buchwald of the US District Court for the Southern District of New York said in her ruling that Trump's @realDonaldTrump account is a "public forum." Blocking people based on their political speech, therefore, constitutes viewpoint discrimination that violates the First Amendment. Trump's social media manager Daniel Scavino is also implicated in the suit.

In April 2017, the National Archives and Records Administration recommended that Trump's tweet be preserved, as they are "official records that must be preserved under the Presidential Records Act."

What's left to be determined is whether those blocked by Trump, including a police officer, comic, Stephen King, Chrissy Teigen and others, even want access back to tweets like this: