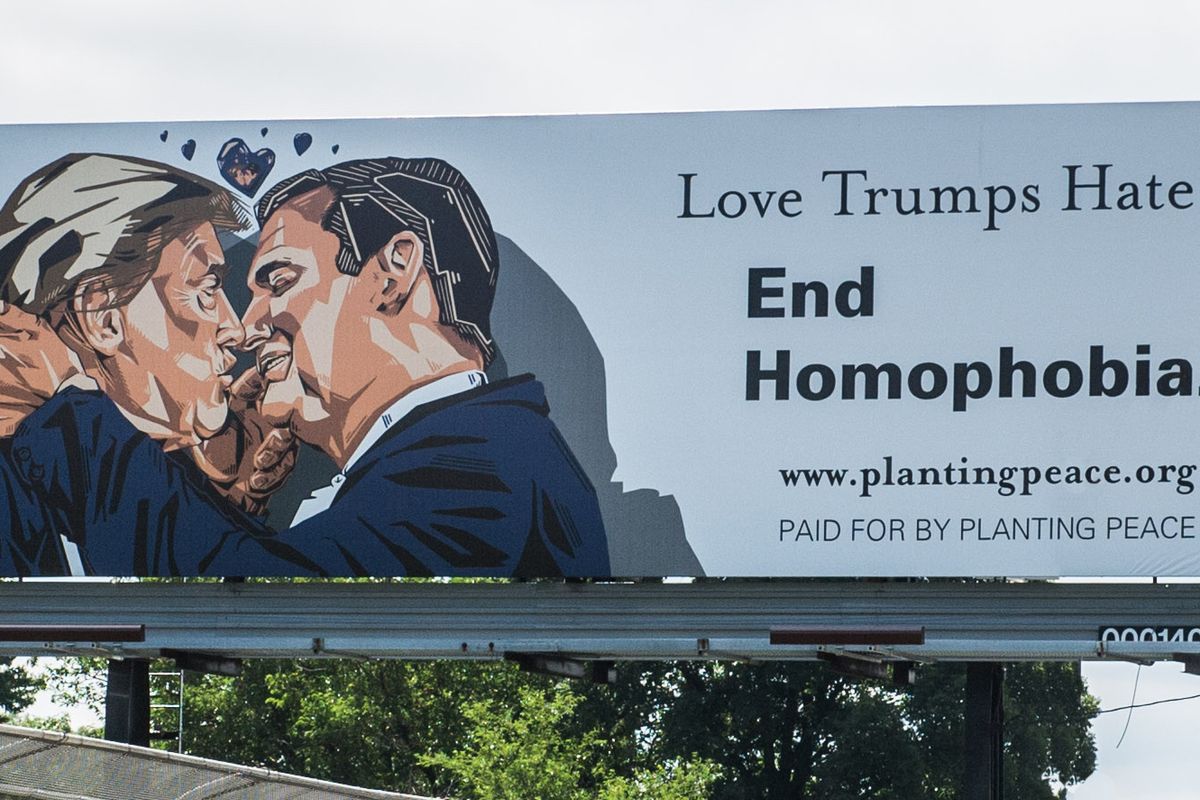 This Donald Trump/Ted Cruz Billboard Will Make Your Week (Really, I Promise)

Planting Peace--the non-profit organization responsible for building the Equality House and Transgender House which sit across the street from the Westboro Baptist Church--continue their streak of benefiting the human race:

By erecting this billboard of Donald Trump pre-passionate kiss with Ted Cruz in Cleveland, Ohio, 5 miles from where the Republican National Convention will take place next week.

The organization's president, Aaron Jackson, told Huffington Post that this billboard's proximity to the convention is a means of combating oppression:

What Donald, Ted and the Republican party either fail to realize, or realize and just don't seem to care about, is that their words and actions toward our LGBT family―especially LGBT children―have meaning and impact. LGBT children hear these messages telling them they are nothing but second class citizens and are left feeling broken or 'less than.

Next week's RNC is considered one of the "most anti-LGBT in history," taking a "NO" stance about everything from same-sex marriage, to fueling the trans restroom hysteria.

When children are dying because of negative messages, then it's time to change the message. Planting Peace calls for the immediate change in the Republican party platform with regard to our LGBT family and LGBT rights. Never again shall a negative, hateful message be uttered in the name of 'religious freedom.' We are calling for action that brings full, fundamental rights to the LGBT community, and a narrative that empowers LGBT people to live and love freely.