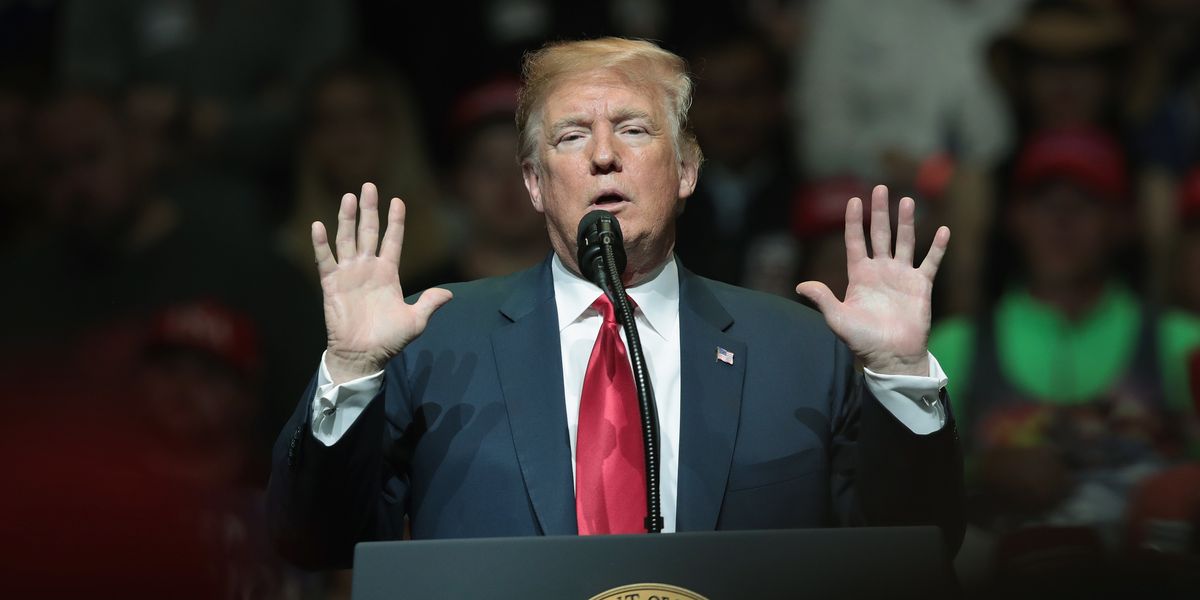 Today, a shooting at Santa Fe High School in Texas left at least eight people dead. It was a horrific event that requires care and empathy when addressed. But, in his characteristic erratic manner, President Trump initially tweeted, "Early reports not looking good," which sounds simultaneously ominous, vague, and much too casual for an event as grave as a mass shooting.

He then made a public statement saying, "My administration is determined to do everything in our power to protect our students, secure our schools, and to keep weapons out of the hands of those who pose a threat to themselves and to others."

We grieve for the terrible loss of life, and send our support and love to everyone affected by this horrible attack… https://t.co/05tDoyLLzu
— Donald J. Trump (@Donald J. Trump)1526661264.0

The statement feels rather contradictory and empty given that he spoke before the National Rifle Association a few weeks ago, an organization that activists like the students at Marjory Stoneman Douglas High School have been critiquing since a shooting at their school left 17 people dead. At the time of his speech, Trump told members of the NRA, "Your Second Amendment rights are under siege, but they will never ever be under siege as long as I am your president."

Santa Fe High, you didn’t deserve this. You deserve peace all your lives, not just after a tombstone saying that is… https://t.co/pzLo1QmxVe
— Emma González (@Emma González)1526658748.0

Get ready for two weeks of media coverage of politicians acting like they give a shit when in reality they just wan… https://t.co/vn8TO3IfOG
— Black Lives Matter (@Black Lives Matter)1526658614.0