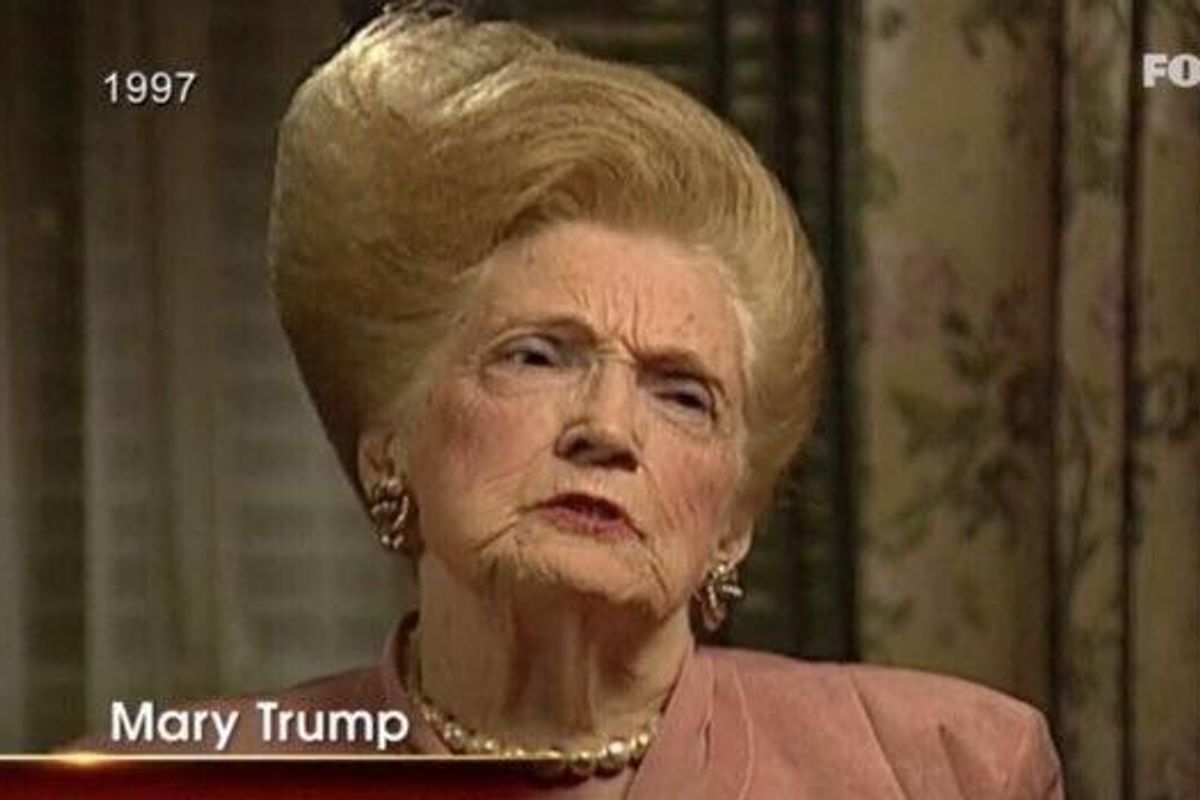 Like a solar flare out of the silent, eternal hall of the past, Mary Trump--the late mother of orange-fried butterscotch demon Donald Trump--has broken through the Twittersphere dimension.

This tweet, containing a screenshot from a 1997 interview with Mary, began making the viral rounds yesterday:

This photo of Donald Trump's mum looks like a character in a film about Trump's life where Trump plays all the roles pic.twitter.com/eUXbfFT0X5
— Amanda (@Pandamoanimum) July 26, 2016

Her hair--A TILTED MASS OF DIVINITY!!

I've only just realised Donald Trump is in a Nutty Professor-style family where he plays all of the characters. pic.twitter.com/nGWWMTRguR
— Liz Buckley (@liz_buckley) July 26, 2016

Mary Trump, you glorious angel, may you rest in peace, but know you and your mountainous 'do are the only good thing to come out of your son running for president.