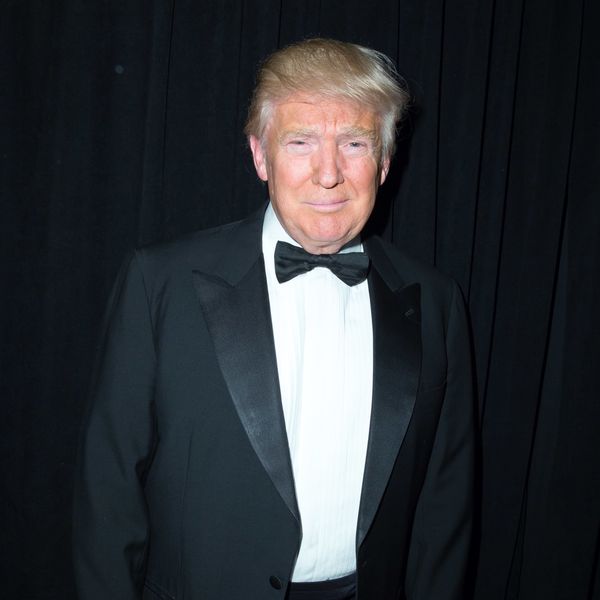 Donald Trump Wants To Invite Kanye West Over For Dinner

It has been quite a week for anyone with a Twitter and even the slightest interest in popular culture. Kanye West has been tweeting his support of President Trump, and everyone from John Legend to Chance The Rapper to Trump himself has weighed in.

West has historically been a vocal advocate of racial equality, famously critiquing George Bush Jr. of not caring about black people when he was slow to aid victims of Hurricane Katrina, and eloquently articulating his experiences as a black man in his music. So it has been shocking to see West supporting Trump, one of the most openly racist leaders in recent history.

Now, Trump is reportedly planning to ask West over for dinner. According to the Daily Beast,, Trump has "asked associates and aides if he should invite the rapper over to the White House for an Oval Office photo-op or for dinner." Some of the aides say that they can't tell if he is joking or no, but nonetheless mentioned that Trump has emphasized, "how much he enjoys that West has 'always said wonderful' things about Trump."

There is no telling where or how this saga is going to culminate, but it should be noted that West has said that he plans to run for president himself in 2024.