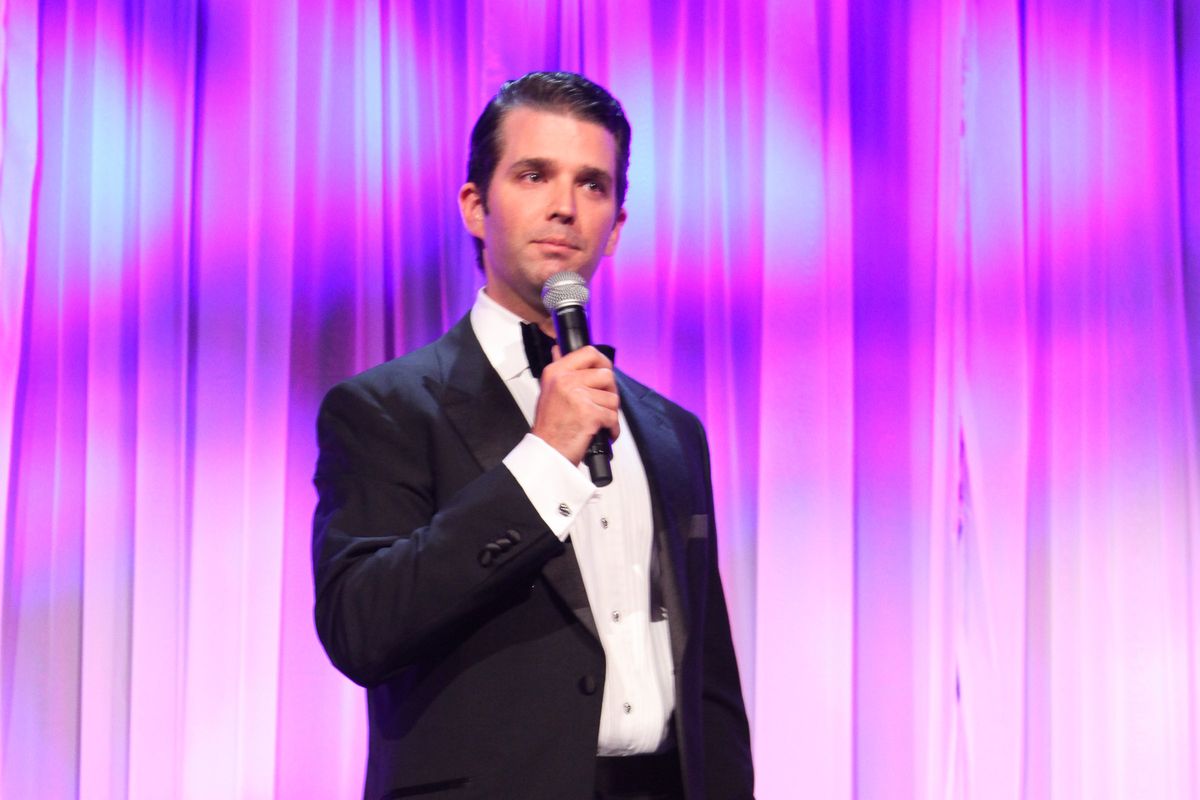 
Donald Trump, Jr. is aware that the Internet is making fun of him, but doesn't quite seem to understand how memes work.

The younger DJT finally responded to his weekend-long roasting with a cheerful Instagram post that addressed his haters, compared himself to Salt Bae, and seemed to miss the point of the meme he has become.

Apparently I'm really bad at sitting?!?! Based on the memes out there I now know what it feels like to be Salt Bae! Thanks internet... And in all honesty if a couple bad pics is all you've got I'm pretty psyched. #tryharder #saltbae #trump #haters #hatersgonnahate
A post shared by Donald Trump Jr. (@donaldjtrumpjr) on Mar 19, 2017 at 6:37pm PDT

At least he can take a joke.

All is fair in love, memes, and domestic politics. Yesterday the New York Times published a profile on Donald Trump, Jr., the lesser known and apparently more pensive Donald Trump, with the following picture of the billionaire scion:

TFW the rest of the Scouts pack everything up while you're sleeping and leave camp without you. pic.twitter.com/AGnDQwafo5
— Andy Cole (@AndyCole84) March 18, 2017

And, of course, the internet wasted no time making memes out of Junior's odd sitting position. Most ridiculed the strange framing of the picture, while others went in on how "outdoorsy" the Trump heir is trying to look.


how is he so bad at sitting? pic.twitter.com/Jg7cTMfDcc
— Jordan Freiman (@JordanFreiman) March 18, 2017


It's @DonaldJTrumpJr trying to look like an outdoorsy, every man. Then you look at those brand new boots that have never been worn before 😂 pic.twitter.com/QTYi2nIA32
— Love Belfast ❤️ (@love_belfast) March 18, 2017


TFW you want to look rugged af but your footwear literally just came out of the box pic.twitter.com/1vVCFu7UHx
— JC in Calgary (@JC_in_Calgary) March 18, 2017


Junior better watch out, Tweeters have only just gotten started.


This is the only time I've found myself rooting for The Blair Witch. pic.twitter.com/kMCGdcEsdQ
— Half An Onion (@HalfOnionInABag) March 18, 2017