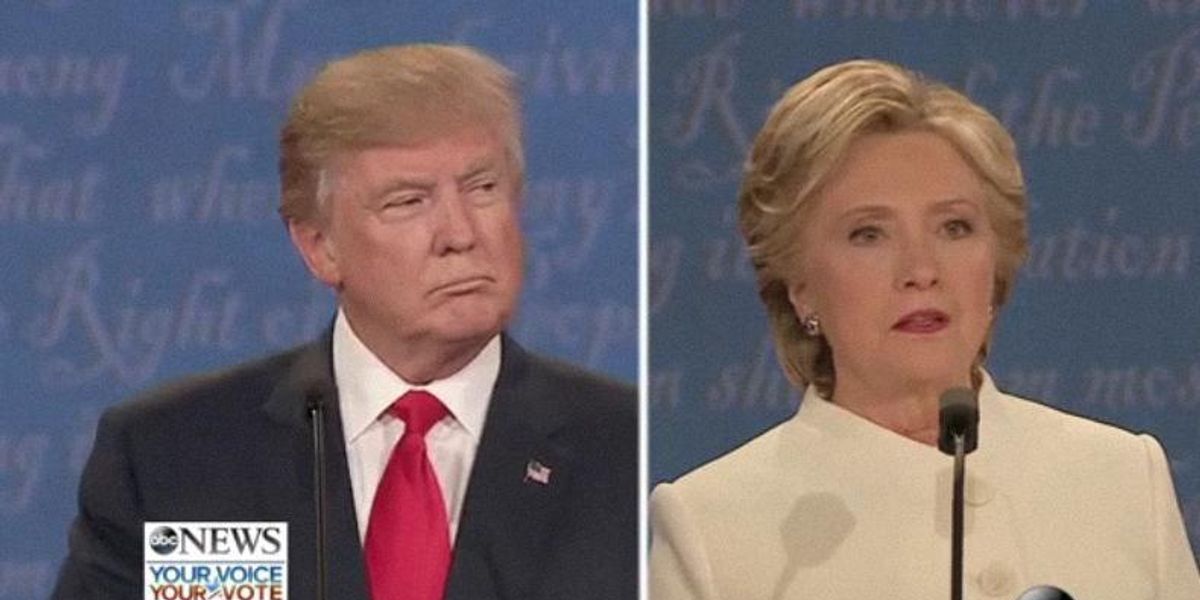 During last night's third and final presidential debate of the 2016 election (thank god), Vox calculated the number of times the candidates interrupted one another, and, in the least surprising news ever, Trump interrupted 37 times in 90 minutes, over 4 times more than Clinton's 9 interruptions.

In fact, FiveThirtyEight further broke down the number of interruptions into "fleeting interjections" and "interruptions", the former occurring when a candidate actually gained control over the conversation, and the latter occurring when a candidate "just yells while the other person keeps speaking". According to this metric, Hillary made it through and dominated, all three debates without once interrupting Trump.

Not too shabby for a "nasty woman".